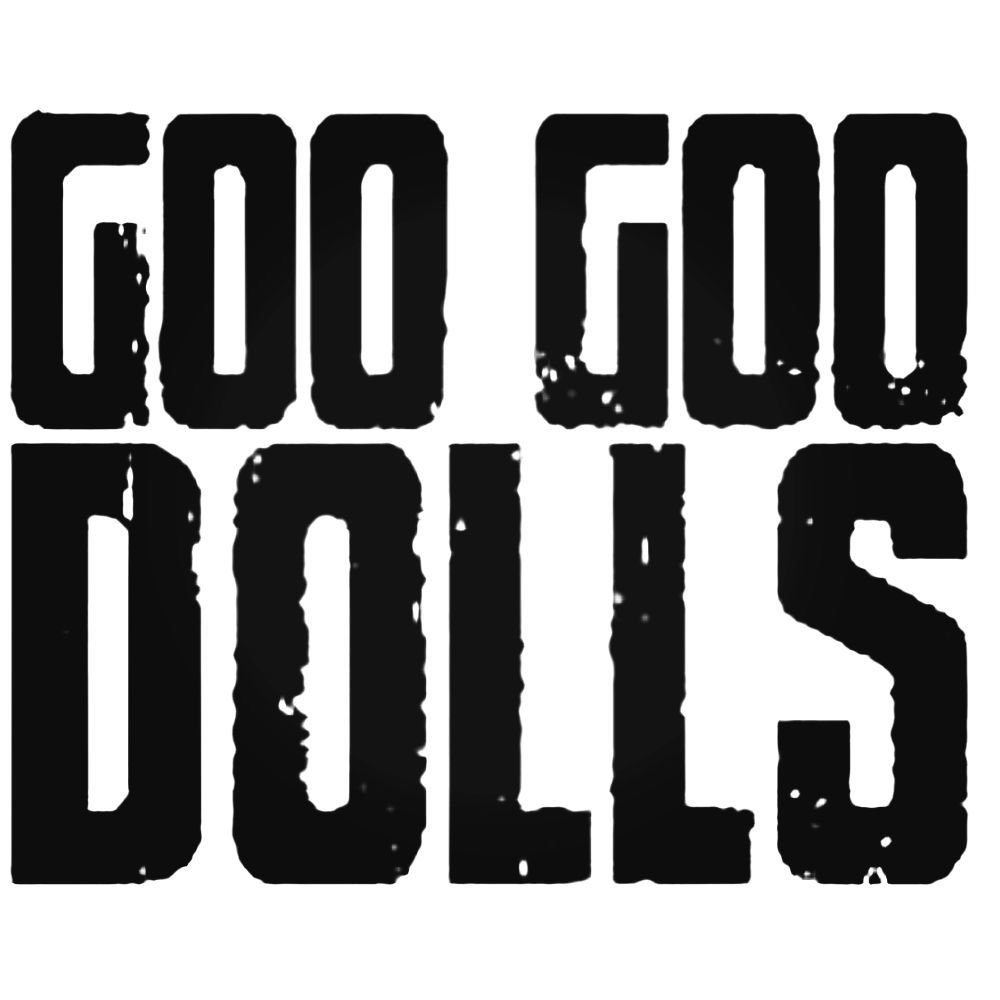 Shortly after that happened, we were driving down the highway in our bus one day and there was a bus next to us. The bus driver went ”Who you got in your coach?” and he said ”Celine Dion.” and we were like ”Get the fuck outta here!”, so we made her sing the song for us over the CB. (laughs) That was our consolation prize, that we got to have our own special rendition of the ”Titanic” song.

When you guys started out and when you got into music, what were the first couple of albums you bought that really had an impact on you?

John: Probably KISS ”ALIVE” I wore that one out. I wore a couple of copies of that one out. KISS up until like ”Destroyer” Then it kinda tuned out and I didn´t get it anymore. I just couldn´t relate to it anymore after that album. I know it sounds weird and it´s blasphemy but…

Robby: I was given a copy by my uncle of The Rolling Stones ”Through the past darkly” as training wheels I think, sort of. The first record I ever bought by myself was the first Boston.

John: What else? I had four older sisters so I grew up listening to a lot of chick music and I had no choice. A lot of Marc Bolan and that kinda thing. It was good, but you know… they enjoyed it for different reasons. They were just like ”Oh, he´s so cute!” but the music was good. Also there´s a Rolling Stones greatest hits called ”Hot rocks 1964-1971”, that album too was just really, really… just edged a lot of what music was supposed to be about. I´m still a fan of greatest hits records. I love ém because it´s just like a good place to start and if I wanna hear more I´ll go buy the album. Getting into these records, was it around that time you realized that ”music´s gonna be my thing” or did that come later?

Robby. I guess I´ve just always hoped it would be. Since I first picked up a guitar as a little kid, I guess. I couldn´t hit a ball well and I wasn´t on the debate team or anything. You gotta pick up chicks some how. (laughs)

John: We have to admit this, ok. We all find something we can be good at or cool at…

John: Just to get girls. It was the main motivator in my life. I grew my hair really long. Every war, every major invention, everything was to impress some woman.

John: Yes it did! (laughs) It worked really well.

Is it an industrial town?

Johnny: Not anymore. It´s turned into like this really sort of hipster, bohemian, high tech medical kinda crazy place with million dollar homes. It was nothing like that when I grew up.

Robby: When we grew up they called it, and they still kinda call it the rust belt because all the factories were shut down. It was rusting.

Johnny: I was in grammer school when Ronald Reagan was elected president and that´s when all the factories shut down, right then. It caused this kinda sea change in what was going on in those places and it wandered. My home was turning into this post industrial kinda ghost town, but it finally found a way to reinvent itself and it´s exciting.

Robby: When we first started touring in the late 80´s we would be in places and people would be like ”Where are you guys from?” from and we´d tell them and honest to God, we would get the most sympathetic… laughs… so we really got used to that.

Johnny: But it was really fun to create music and art out of this sort of abandoned world that we were in. Our practice space was in an abandoned building. We´d run power into this building and have parties in there and play music way too loud and it was freezing in the winter.

Doesn´t that drive you to be creative as well?

Johnny: Yeah, absolutely. I think so. It´s like… to create anything of value you need to feel safe. Every artist, every writer, every, every painter or musician needs some place where they´re not afraid to scream out the deepest parts of themselves without fear. That was sort of what that situation was like. And also being you know, you´re a lot more fearless.

Robby: And there are no expectations of anything. Other than ”Did we have fun?” or ”Did it cost us money to play this weekend?” you know, and if it didn´t we´d get loaded and meet the girls and it was a success.

When you signed with Metal Blade, of all labels, how did you end up with them?

Robby: It was because we were confusing to everybody.

Johnny: Good God! They were trying to get into alternative rock at the time, I guess. All the cool indie labels like the Sub Pops and the Twin/Tones and Caroline… all those labels rejected us, so these clowns come along and they offer us whatever they offered us and we were like ”Ok.” having a record out is better than having nothing out, so we did it and then we got through that and then we went over to Warner Bros and we´ve actually been on Warner Bros… I think the only band that´s been on Warner Bros longer than us is The Red Hot Chili Peppers. I think they were the only band that was there before us. On your first album you do ”Sunshine of your love” (Cream) and ”Don´t fear the reaper” (Blue Oyster Cult) What was the reason for doing cover songs and why those two?

Robby: We just happened to know the chords. Seriously. That´s the only reason. (laughs) I think we´d been together for six months when we made that record. We hadn´t played together very long. Some of the songs that we wrote back then actually ended up on the second record.

Do you get nostalgic about those days in any way?

Johnny: I wouldn´t do it again. (laughs) If somebody said ”Hey guys, you gotta go back to 1987 and make a record like that.” I´d be like ”Hmmm, it´s fucking impossible.”

Robby: It´s just so different to what we do now. There´s a lot of kids out there now who grew up… like when they were first having a fucking cognitive thought like when ”Iris” and stuff was out and now they´re in their 20´s and they´re slowly starting to hear these old records we made. I don´t do it often, but I actually kinda went back and listened to it and you know, for the time, some pretty crazy stuff.

Johnny: You have to listen to it from the perspective of what was going on .

Back in 1987 you had Sunset Strip and all that.

Johnny: Exactly! There was a lot going on in America, like underground music and Hüsker Dü and The Replacements and that whole Midwest alternative rock scene meant so much to me. It was what I related to most. That was what fueled the sound of our band.

Johnny: You´re trying to sound like your heroes and then it gets ground through the gears of your brain and comes out through your hands and it sounds totally different. That´s how music progresses. It´s just poor interpretations of what came before. Later on with the song ”Iris” becoming a major hit, you were nominated for a Grammy and you lost to Celine Dion and the ”Titanic” song. You knew you had an unbelievable hit, but when you heard her song, did you kinda realize that…

Johnny: The bitch! I went ”Alright, I gotta admit it. She deserved it more than we did.”

Robby: I´ll tell you the best story. Shortly after that happened, we were driving down the highway in our bus one day and there was a bus next to us. The bus driver went ”Who you got in your coach?” and he said ”Celine Dion.” and we were like ”Get the fuck outta here!”, so we made her sing the song for us over the CB. (laughs) That was our consolation prize, that we got to have our own special rendition of the ”Titanic” song.

Johnny: What a bizarre experience. ”And fuck you! Thanks for the Grammy!” (laughs) It was cool getting nominated for a Grammy. Honestly, and I remember thinking this, because we got nominated for three and one year and one the next year…

Robby: And Santana took that one. (laughs)

Johnny: But it was really interesting because I was looking at it from the perspective that I get to come to the party, for the rest of my life I get to say I was nominated for three Grammys and all of a sudden because you´re nominated for a Grammy everybody wants you. It´s good for business and I was like ”Fuck it! Who cares?” Honest to God, if we would´ve won the Grammy it would´ve been amazing, but eventually it would´ve been holding down some pages on my desk. It´d be one more knickknack I would have to…

Robby: One more thing to dust in my house! (laughs)

Johnny: But, being nominated for it is truly… they say ”Oh, it´s just an honor.” No, it fucking sucks losing, but the consolation prize is that you start to make a helluva lot more money.

Robby: And in a weird sort of way, you don´t gotta win a Grammy next year. (laughs)

Johnny: Or try to win a Grammy next year. Some people get pissed when they don´t win and they´re nominated. I´ve seen guys throw a fucking shit fit because they were nominated and didn´t win and you´re like ”Wow dude, seriously? Come on man!”

When the real money started to come in from that song, what was the first thing you bought?

Johnny: We paid off our student loans. Our accountant called us and I remember we were at Mount Rushmore and looking at it… we both defaulted on our student loans and we had nothing and then we had money. My business manager couldn´t get me a credit card. I was like 30 years old and I´had never had a credit card or a driver´s licence. Nothing. But I did have some student loans and I went into this big speech about ”Education is a right, not a privilege! I´m not paying off those loans!” and he said ”Well, that´s too band because you know what Johnny, you´re middle class now, so I´m paying the loans off.” (laughs) That´s the untold story of ”Iris”, that it made us middle class. (laughs)