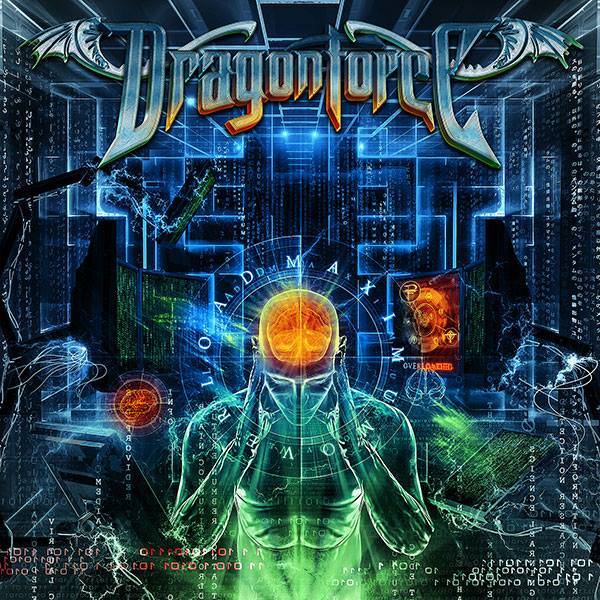 The worst show we´ve played was in Sweden at Sweden Rock Festival. Worst ever. Even when I was 16 I could play guitar better that I did at that show. It was just a bad day of bad luck with the equipment not working. No one could play or hear anything. It was just insane, but we survived. Our drummer quit a few days before the show and I said; “We´re still playing, I don´t care!” and we told the festival we were gonna do it.

I interviewed Robb Flynn last year and he mentioned that while writing songs for their latest album, “Bloodtsone and Diamonds”, he wrote a song that was too fast to play. Have you guys ever come up with stuff that´s just too fast?

Herman: Well, it depends on your sitting down or standing up, jumping around headbanging? It´s a different kinda game I think. Sometimes you can play stuff in the studio sitting down, concentrating and it´s no problem and then sometimes you can go on stage and be like “Whoa, hold on a minute! It´s really fast and brutal.” Maybe we had things like that in the early days, like 10 years ago, and we thought “These songs are really hard to play.”, but they were easy to record. Now we play those songs and they´re the easiest songs ever. We´ve played them so many times, so practice makes perfect. I just read that you played Puerto Rico for the first time on this tour. What´s been the high point so far?

Herman: It was interesting, a new island. It was fun and it was packed. It was down by the beach so you can´t go wrong with that. It´s US territory so they are very in tune with the scene and what goes on. The people are very passionate about the band and the music, so it´s definitely one of the best shows we´ve had on this tour. Then we had a lot of fun at Soundwave Festival in Australia. That was a blast and at the last two shows, we had the guitar player from Falling In Reverse, Jacky Vincent, who´s a big Dragonforce fan and we got him to play with us for the last two songs and that was pretty crazy. I don´t know how many solos he did, but it was shitloads.

Playing big festivals with other bands, do you ever get star struck meeting some of your childhood heroes?

Herman: Not so much at the festivals. We´ve been touring for such a long time. We did the festival and tour with Iron maiden back in 2005 and that was like, “Wow!” We were a young band and had only made two albums, so that was really cool. But I do get star struck. When I played with Steve Vai, maybe a year or two years ago, he invited me up on stage and I had to, because it´s Steve Vai. No choice. I was kinda star struck then, even though I´d played with him before.

Do you get nervous playing with someone like Steve Vai?

Herman: The first time I played with him, which was back in 2007, I was really nervous. I was like; “Oh my god, what have I gotten myself into?”, because not only was I playing with him, it was also Joe Satriani, Paul Gilbert, Tony MacAlpine, some of the best guitar players in the world and then me. (laughs) It was my kid´s dream, so I had to do it.

Herman: Maybe 10 years ago, I would´ve said; “I wish we´d done this and that.”, but these days not really. I´ve learned and experienced a lot in life and you understand that if you get the perfect album the first time, there´s no way to go. It´s all about learning and experiencing and you always build on what you did before and learn from it and make better albums. I think it was the best we could come up with back then. It´s got that energy, that we wouldn´t be able to create if we re-recorded those songs. It wouldn´t be the same.

Are you already now, making plans for the next album?

Herman: Not yet. We just finished editing the BluRay/DVD release, a live Dragonforce video, and that one comes out in July. It was recorded on this tour and it took quite a long time to edit all those cameras. It drove me crazy! I pretty much edited the whole thing myself. I´m a bit of a control freak. (laughs) We´re touring Sweden and then the world tour continues after that. We´ve been really busy. We´ll see.

Do you think you´ll work with Jens Bogren again?

Herman: I would love to work with Jens again. It was great and I´m sure we could do even better. We´ll see if he´s up for it? What are you proudest of so far in your career?

Herman: I think that what everyone in the band should be proud of, is that we´re still going. It´s not easy keeping a band going and it´s not easy to keep making good albums and sticking to your guns. There are so many things happening around the world that could change your path or break a band. We´re still making albums and I believe that every album Dragonforce has done, has been really catchy sounding albums, at least in my opinion. I´m happy we´re still doing it.

Is there one song from your catalog that you don´t really like?

Herman: I mean, there´s thing we laugh about and make fun of. I don´t think we don´t like it, but we kinda make fun of it a little bit. Why we wrote that kinda lyrics or why we played that?

You´ve got a US tour with Kamelot coming up? Any gossip on those guys?

Herman: I know those guys and I´ve met them quite a few times, but I don´t know enough about them when it comes to gossip. You have to ask me next time. I like them and they´re quite funny. They have a good sense of humor and that´s important for us. You have to be able to get along.

It´s a pretty long US tour?

Herman: I guess for US standards, it´s not that bad. In the past we´ve done two months solid and almost no days off, like back in 2006. It´s a big country and imagine when you´ve got to start touring China extensively one day? That´s even more people to play to.

Is China a country bands are looking to now? To be able to tour properly in China?

Herman: There are more and more bands going there now and we´ve been there. We´ve played Hong Kong and Beijing a couple of times. I think everyone in the world, business wise, wants to get into China. No doubt about that. What would you say is the secret of success?

Herman: I think it always comes down to hard work. Work in all areas and nonstop. People always ask me what I do outside of the band and I really don´t do anything outside of the band, really. I´ve been practicing guitar and trying to re-string one of my old seven strings and practicing on that. It´s harder to play, so it´s gonna make me play better.

If you had the chance to go back and meet your younger self, what kind of advice would you give to yourself?

Herman: I really wouldn´t change anything. You have the butterfly effect of time travelling and you never know what happens after. I´m quite happy with the way I am now. You go through life and make mistakes and do good things and bad things and you´re trying to do the right thing. Without the mistakes, you´re never gonna learn. I´ll leave it the way it is.

Do you have any regrets?

Herman: Yeah, there´s a few of them. We played some shows when we maybe shouldn´t have stepped on stage when things weren´t working? I mean, the worst show we´ve played was in Sweden at Sweden Rock Festival. Worst ever. Even when I was 16 I could play guitar better that I did at that show. It was just a bad day of bad luck with the equipment not working. No one could play or hear anything. It was just insane, but we survived. Our drummer quit a few days before the show and I said; “We´re still playing, I don´t care!” and we told the festival we were gonna do it. We got a friend to fill in, who was kind of a fan at that time, and we didn´t have a single rehearsal. He just came on stage and tried to play with us. It didn´t quite work out. It wasn´t his fault. We didn´t have enough crew and the equipment wasn´t working. We all played different stuff. He was playing his song and I was playing our song. (laughs) It´s pretty funny. The craziest thing is that I loved the Swedish crowd. They were so drunk that they were still shouting for another song. I love it! And now we´re doing five shows in Sweden. It´ll be great!