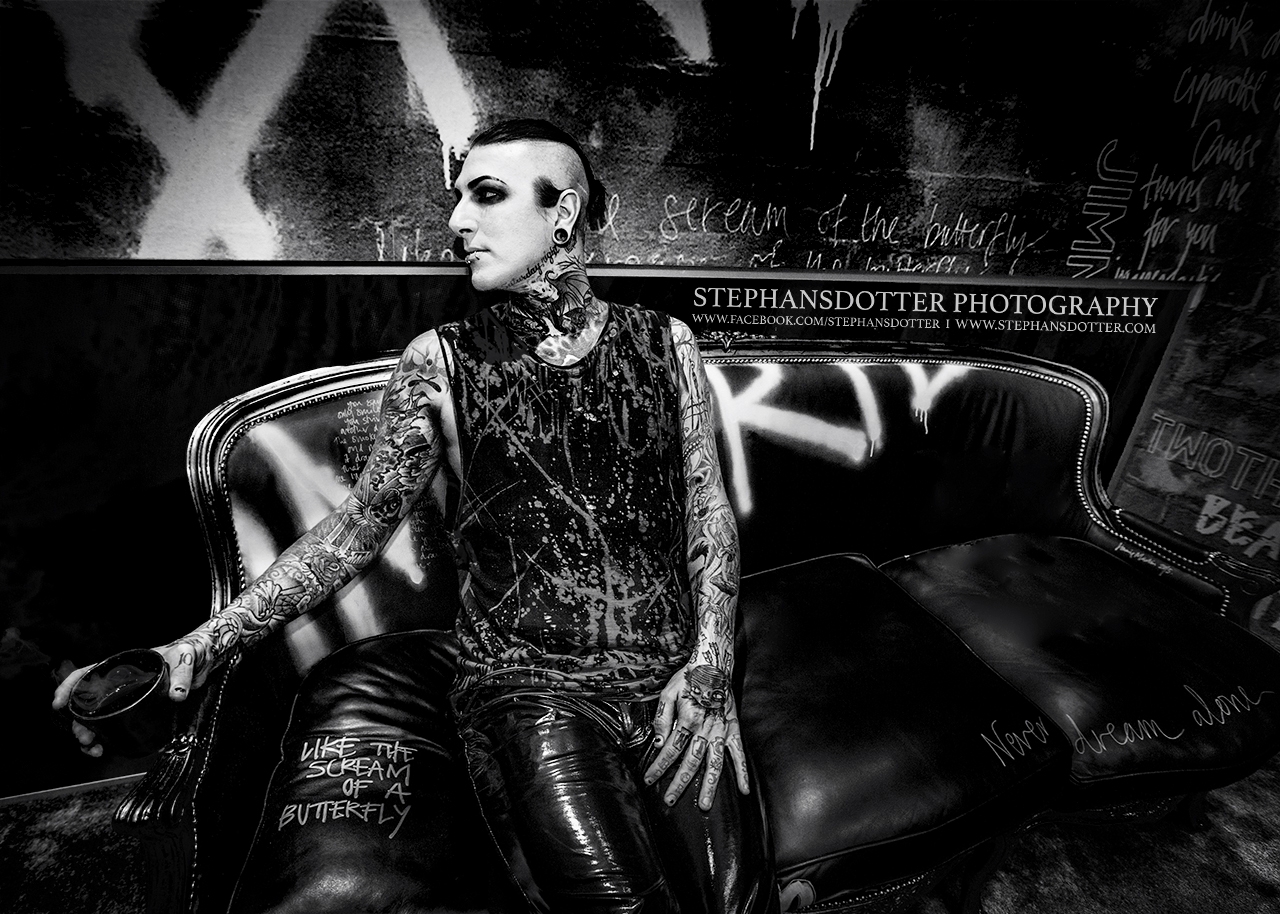 “Dude, the thing I say anytime anyone asks is that he made me feel old.”

The song ”Thoughts and prayers” from your latest album, it´s a very American expression and it´s something that´s been connected to a lot of school shootings and other violent acts the last couple of years. Is the song about that or just organized religion or what?

Well, it started out as very much of what you´re saying, the association it comes with. Any time there´s a tragedy, that´s the go to phrase and it´s like “Are you fucking kidding me? This is all you have to offer the world, is your thoughts and prayers?” I love seeing all the sarcastic jokes like “Maybe we can help these people with these buckets of thoughts and prayers?” and all the funny memes that have come out of it. It´s something that´s frustrating because it seems to be that that´s the go to response rather than the majority of people trying to find a solution for these problems. I feel like when you couple all of the… in my view, world issues and when you look at how many there are, it seems to me that the majority are either at the forefront or at least toned with religious ties. I don´t know, I just think that the song started out as one thing and then became a little bit more broad and I wanted to touch on my view in the way that not even necessarily religion is as a concept put the ways it is used and in evil wrongful ways.

Just comparing Sweden to the US. I think Sweden is one of, if not the most secular country in the world and the US is very religious. The US president always says “God bless America.”, but the Swedish prime minister would never be able to say something like that. It´s not in our society anymore.

God, that´s so funny! It´s funny you say that because as you said “God bless America”, my brain is flooded with images of what that statement is tied to and all I see are guns, frickin´ plaid shirt redneck mudflap guys and if that´s the type of person you are, then hey… we always talk about being who you want to be, but it doesn´t necessarily always mean I have to agree with it.

I´ve got Breitbart on my facebook, just to get stuff from the other side and there´s a lot about guns, pro life etc and sometimes I can´t help myself commenting.

I mean, how could you not? Especially for you being an outsider to stuff that´s going on in our country, the temptation to wanting to say something that makes so much sense is there and then you´re saying it to people that can´t process logic, it´s sad. All I hope is that people in our country that do speak out against all these things or at least have helpful suggestions, I hope they reach the rest of the world too to let everyone know that there´s another side of it. 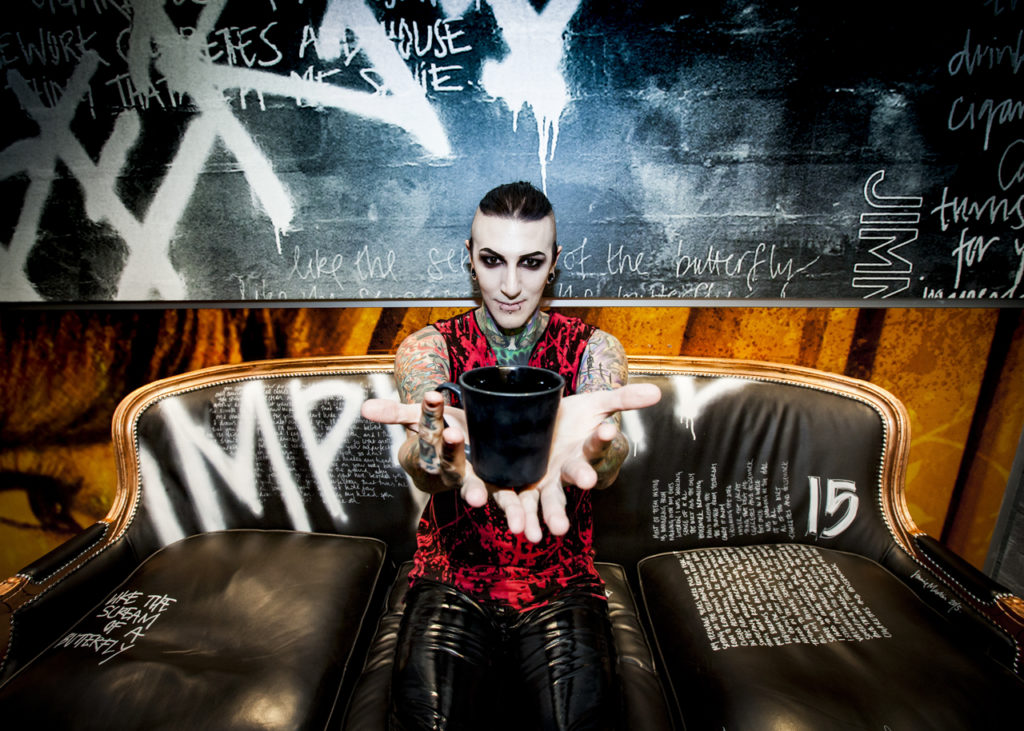 We´ve got problems here as well that we need to deal with and take care of and it´s not that we´re perfect, but it´s just fascinating since it´s 2019.

Dude, our country is just a reality show at this point. There´s an episode of “South Park” that always makes me laugh. They put out this concept that our planet is like a TV-show for aliens. I don´t know if it´s on that grand of a theme, but I think our country is a TV-show for the rest of the world.

How do you look at your latest album now that it´s been out for about six months?

We love the record and this one´s been interesting in the sense that now playing these songs live, at least over here in Europe and when we just did our shows in Russia, the fans are responding to those songs in a much greater scale than the others. Even the singles from the last record aren´t doing as well as some of the more deeper songs on this record. It´s a weird first experience for us. I´m really happy with it. I pushed really hard to make sure that I didn´t have that retrospect regret and I think we´re stoked. 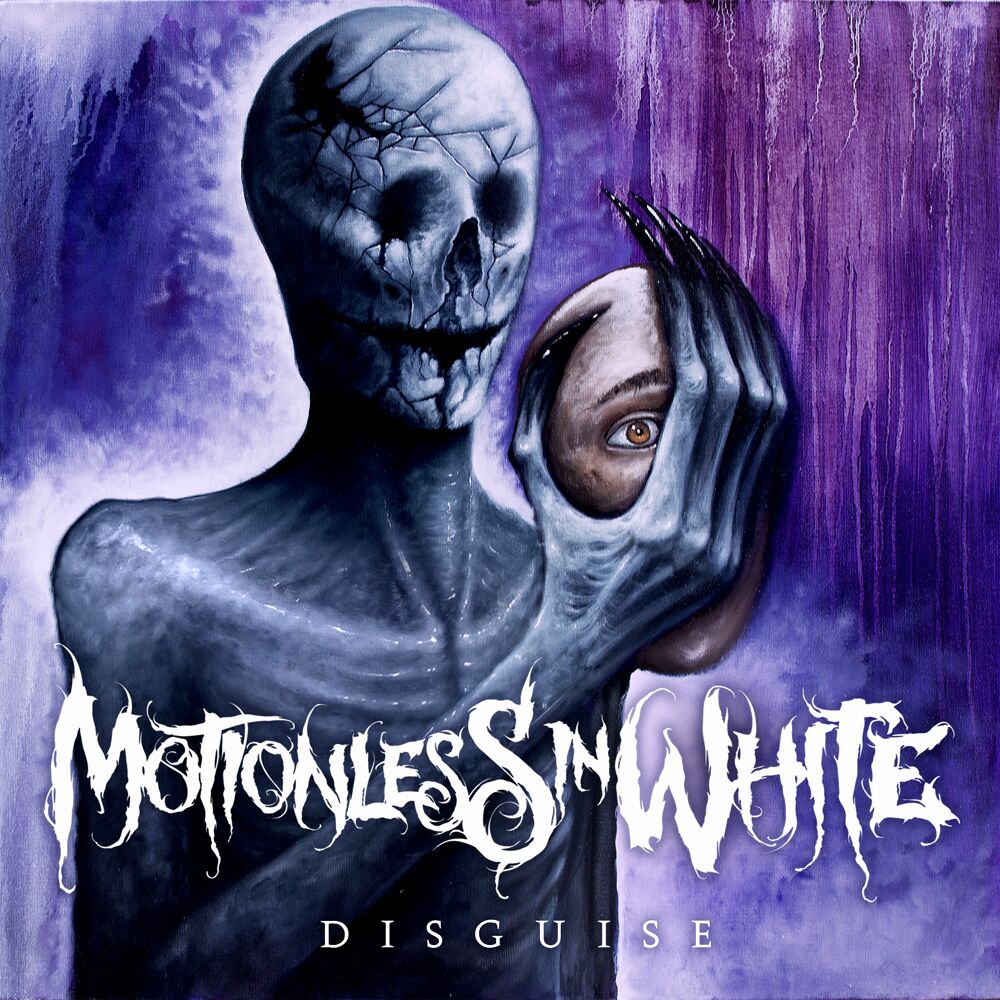 Fame and being recognized and you´re a very recognizable guy…

How do you handle that? Is it hard to deal with sometimes?

Not so much in like an every day life scenario. If you´re in an environment like at a show or at another band´s show or some environment where you know the likelihood of coming across people that would know who you are, then it´s a little challenging because you want to be just living and doing what you´re doing and there´s that risk that one person might see you and one turns into two… that´s challenging sometimes, especially if you´re with friends or your girlfriend or whatever. But for the most part, 95% or the time, people are respectful and they just come over to say hi, get a picture and then they´re on their way. It´s only that 5% of the time that´s just like “Fuck off!” Recognize that there´s people behind you or I´m eating with my family or my girlfriend and it´s just like “Don´t stand there and give me your life´s story.” I can´t be mean. I bite my tongue, but it doesn´t happen often enough where it´s an issue for me. 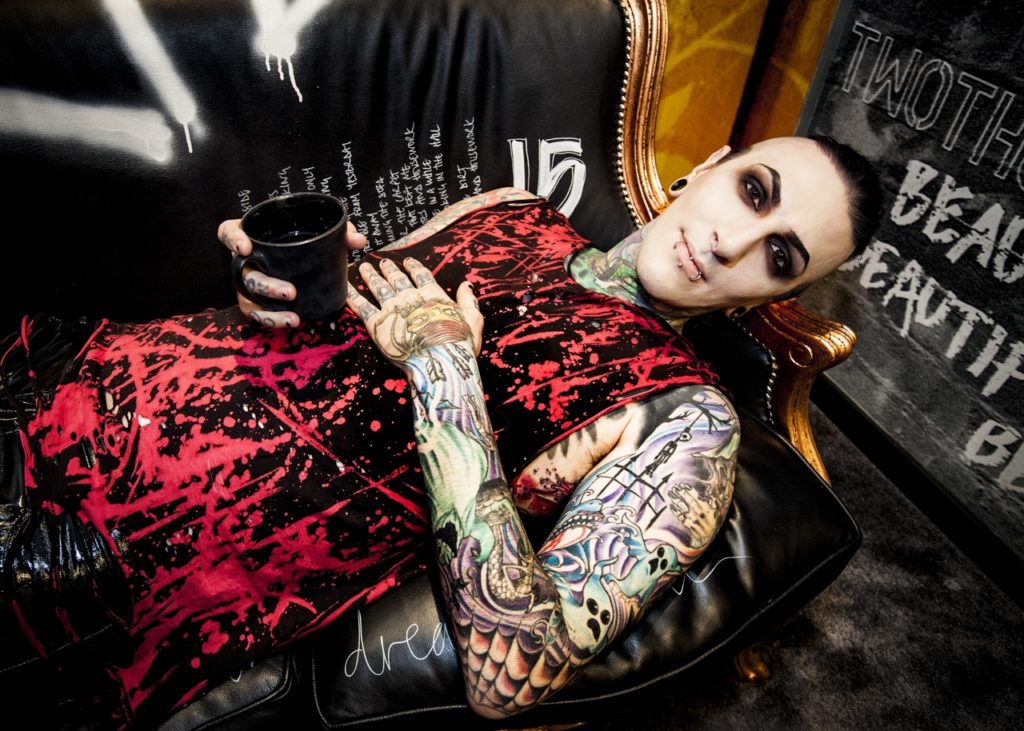 Has there ever been a scary moment? You meet a lot of people.

Thankfully there´s not one that pops into my mind right away, which I think is a good thing. There´s been some quite peculiar characters that we´ve met, but nothing that´s ever felt like dangerous or like threatening. It´s just that there are the ones that are so bizarre in the interaction that we don´t know how to treat the situation or we´re afraid to say like “Alright man, see you later!” It´s just that you have to let it play out and you don´t want to aggravate it, but thankfully as I said, there´s nothing that comes to mind right now.

Do you meet fans that kind of look like you?

Yeah, there´s fans that either do naturally look like us and they show up in their makeup and everything and that´s cool. We do have a lot of fans that wear the paint and they wear shirts that we wear and they come up ready for the show in that same way. I think that´s super cool. I would go see bands and kind of plan my look around the show to maximize the whole dimension of it. I think stuff like that is really fun.

These days everybody´s writing their autobiography and telling their story. Do you think there will come a time when you will sit down and write your story?

(laughs) Not in the sense of an autobiography. I´ve always kind of had this idea of writing a book that kind of just lets people know more of a behind the scenes look in terms of stuff that we can´t say or that´s not worth addressing now as a band, but when we no longer have anything to really work with… like if the band´s no longer a band, we´ll feel a lot more comfortable to speak out about certain stuff that isn´t worth saying now. So yeah, maybe something like that, but for the most part, like the “autobiography” it´s in the songs. I don´t need to write a book because it´s in the songs.

Do you read other autobiographies?

I´ve read the Marilyn Manson one and I really want to read the Dee Snider memoir. I´ve been dying to read that. I read a Morrissey one, but nothing recently. The Morrissey and Manson ones were awesome. 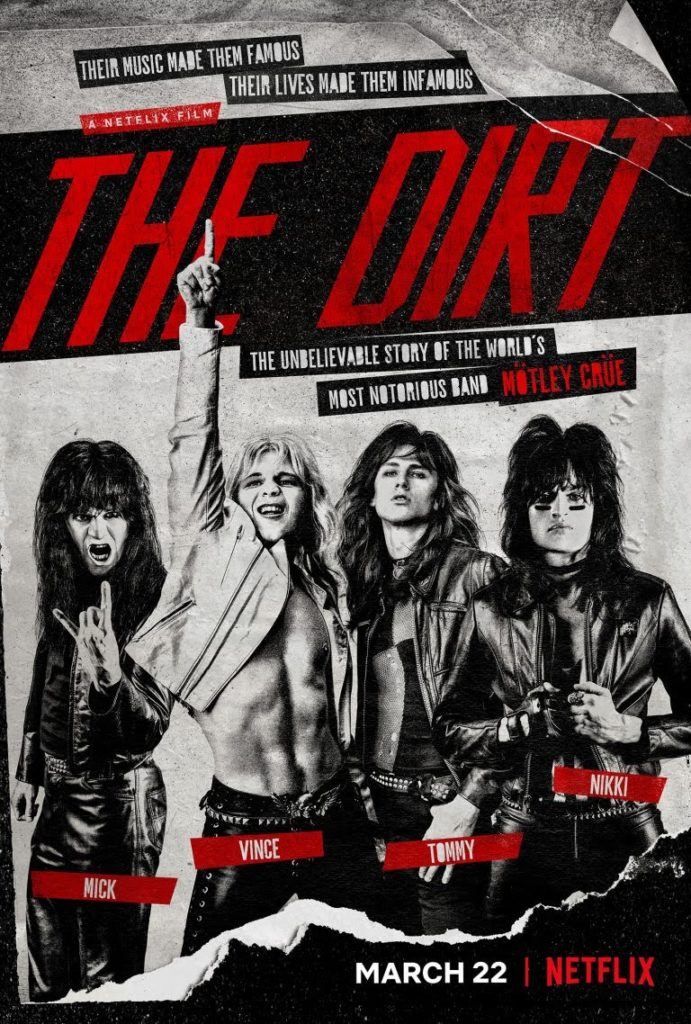 Have you seen “The Dirt”?

Yeah, I saw the film, but I haven´t read the book. I heard the book´s gnarly. (laughs)

It is quite interesting and I think it set a standard for those kind of books because after that one, every single rock biography turned into “The Dirt”

It´s crazy to think that that film came out in today´s age. Maybe they left a considerable amount of stuff out, but it´s crazy that it came out now and it was so well received, but it was done well and I thought it was cool. As someone who has that “being in a band and on tour” insight, I feel like it was pretty accurate, but I wasn´t there, so how do I know…

You recently toured with Alice Cooper and Halestrom. What´s it like touring with a bonafide legend?

Dude, the thing I say anytime anyone asks is that he made me feel old. Everyone´s like “Wow, that guy´s still going, huh?” and I´m like “Yeah, he is. I felt old.” because he´s up there headlining sets every night in the summer, outfit changes and stuff that we wish that we had the opportunity to do on his scale and we would do it if we could, but the fact that he´s been doing it for so long… I was like “Dude, we´ve played like eight songs and I´m like… (makes sound of being out of breath)” He was great and his camp was so welcoming. The think I love about touring with bands like that, is that they are so far behind all the bullshit of the ego part of it. They´re all about the family vibe and that´s the best tour to be a part of.

And Halestorm with Lzzy? She´s a great singer.

Yeah, I think she´s probably the best vocalist in our genre. She can do stuff… like there´d be nights when I´d be backstage and you could hear her singing and she would hit a high note and I´d be like “Oh my god, how is she hitting that?” and then she would go higher and it was like “Oh my god, what are you doing?” She´s just insanely talented. 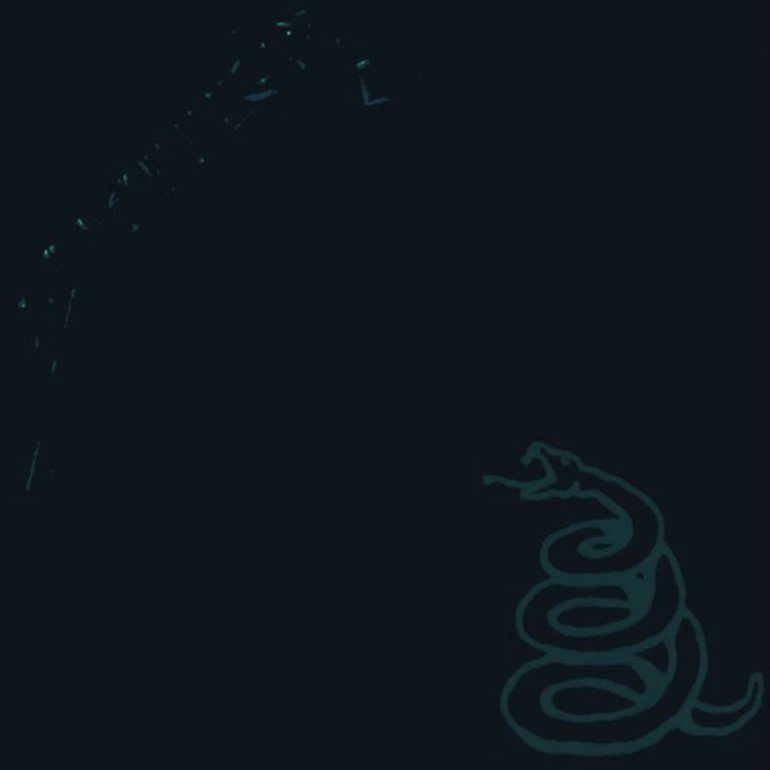 My go to answer is the “Black album” because that was the first metal record that I ever was given. At the same exact time as… or I should say not the first time I had a guitar put on my lap, but the reintroduction of a guitar put into my hands at an age when I cared about it… sadly earlier in my life I didn´t when I was given the opportunity, but as a young teenager and “Here´s a guitar and here´s this riff!” and it´s “Enter sandman” It just changed my world forever. My uncle gave it to me, “Here´s the record and here´s the guitar so play this!” I just went home and my life became an eternal journey of learning every Metallica song on guitar. That was the first song that did it for me and then so many bands came into my life after Metallica because of Metallica.