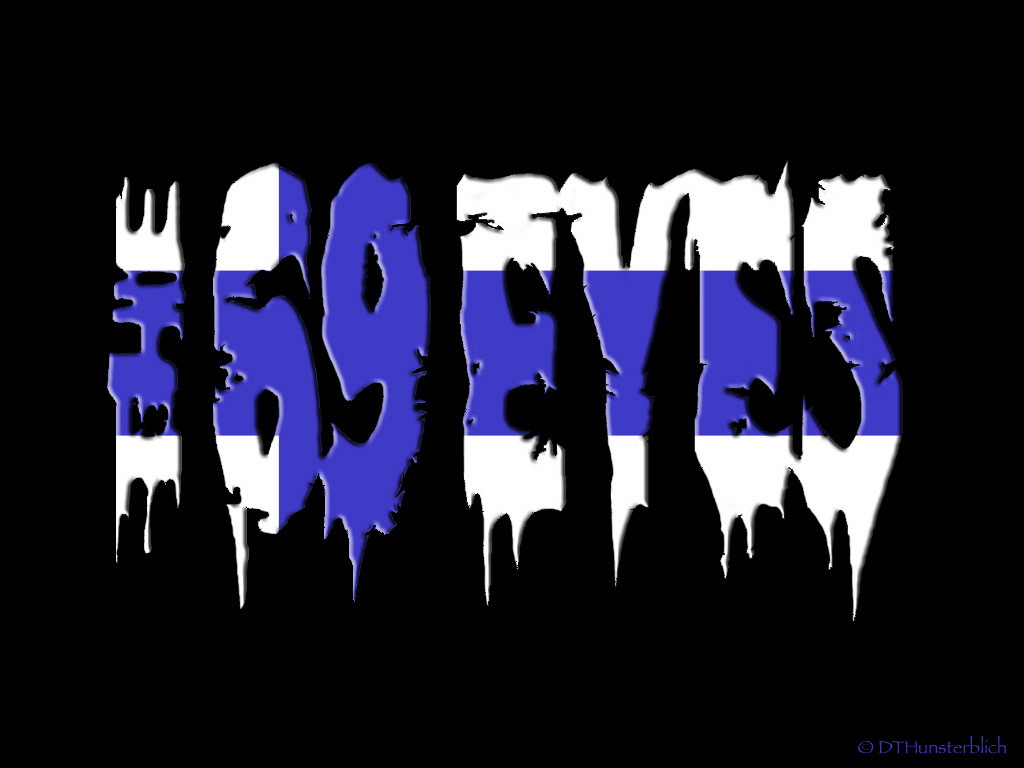 “Guys like GG Allin is actually something we might need right now. We need some crazy power and chaos and real anarchy.”

Are you guys working on a new album?

Yes, exactly. I just finished writing the main songs for the next 69 Eyes album. We worked for a couple of months on the new material and my part is writing the lyrics. The last couple of weeks I´ve been sitting at home going through demos and writing all the stuff. The new material is basically all writtenand then we start recording it in a month. The way the busines works, we have to have the record ready by this Halloween so it will be out in 2019 in February or March. The thing is that our band turns 30 next year  and it´s our 30th anniversary record. First I was thinking… somebody in the band mentioned that we are gonna be 30 next year and said ”Should we celebrate?” and I was like ”Shouldn´t we actually be quiet? Isn´t that embarassing? Who wants to come see the band? Hey, they´ve been together for 30 years! Yeah!” I was more ”Let´s keep a low profile and come up with the new album.” Then somebody actually convinced me that it was really cool. Come up with a new album and a 30th anniversary tour and then we´re planning a documentary and things like that. A total U-turn from my original plans. I have been picturing myself like the mastermind of 69 Eyes and now I did a total U-turn from everybody else´s advice and I´m happy about it. I´m motivated and excited. I have to tell this. I know Ozzy played here (Sweden Rock Festival) last night. I saw him two nights ago in Finland. I remember going to see Ozzy in New Jersey for the ”No more tours” tour back in the early nineties (1992). It was a fantastic show. Motörhead was the opening act and also Ugly Kid Joe, if anybody cares. That was when Motörhead actually had made it big in the States. It was a fantastic show and I remember sitting there and watching Ozzy throw buckets of water over the audience, like 50 times or something. I was thinking ”Wow, these guys are like 40. He´s so old and now he´s retiring and I´m so happy I can respect this thing.” and I swore to myself ”Alright, we have this band The 69 Eyes and we´re starting it and I have to continue to at least that age. That´s so old, but I will rock till that age.” Now I´m actually pass that age, but it´s all good. It´s getting better. I remember watching a documentary about Pearl Jam (Pearl Jam 20) and it came out about five years ago (2011) and it showed the history of the band and how they started and at the end of the documentary, the guys were all grey and had no hair and they´re really old men and they´re thinking about what a wild period of life they had and the band is still there. They are total veterans and they are younger than me. It´s a great documentary and they´re a cool band, but they were like old seniors telling stories about the 90´s. They turned out to be these silver foxes. There are a couple of ways to do these things. 69 ways to do it. (laughs)

I remember seeing The Rolling Stones in 1990 and I thought they were so old back then, but they´re still playing and Mick Jagger is like 70.

Yeah, a friend of mine told me he was standing in line for tickets when they played like the only Scandinavian show in Gothenburg and they were like 42 or something. He was worried that they wouldn´t live longer and that it was his last chance ever to see them.

What more can you tell us about the album? Where do you draw inspiration for your lyrics from? Do you read a lot?

Yes of course. I´ve been through all these Gothic clichés and the cliché I hadn´t used was like something happening in my life and that´s been done. The last record I don´t even remember what idea it was. Something dark I guess. The world is so fucked up at the moment and so depressing. It´s the turn of the century still and it hurts us who were on the other side, because we were born into the world of the 50´s, 60´s and 70´s which was and now we are facing the new world and it hits some of us really hard. There is so much negativity right now, so that´s an endless source of inspiration. That´s one of the things. A fun fact is that the weather, which is super sunny here, it was also very hot in Finland a couple of weeks ago and I like being in the sun. I´m not your usual Goth, I´m more like a Hollywood glam Goth, so I like the sun and to get tanned. I was on my balcony sunbathing and I had to listen to our demos and I told all my friends ”This is my destiny. Sitting in the most beautiful spring time in the sun and I have to think about morbid things and cemetaries and Dracula´s night time life. It´s kind of weird.” In the end it´s not exactly like that but in a cartoon world it could be like that. If someone drew me as a joke it would be me sitting in the sun reading Bram Stoker´s ”Dracula” It´s the usual shit but will probably touch on present day. Guys like GG Allin is actually something we might need right now. We need some crazy power and chaos and real anarchy.

He was the maestro of all that.

Yeah, exactly. I saw him once in New York and The 69 Eyes actually recorded one of his songs in the early days. For me, GG Allin was first of all an inspiration musically. Somebody taped me an EP which he did with the MC5 guys and that was great rock and roll and I didn´t no anything about the other antics and they weren´t in the picture back then either. The 69 Eyes started to cover GG Allin songs and later on he went to jail and he went through all this where he wanted to commit suicide in front of the audience and things like that. I went to see him after he just got out of jail . I ran out from the club in New York like 10 times during the show because he jumped from the stage down to the audience and nobody could see what was happening and there was this threat that he was gonna take his audience… but it was cool rock and roll and very chaotic and very bloody. If people ask waht to check out, I would say GG Allin. We are losing our heroes and anti heroes.

Speaking of heroes. You mentioned Motörhead earlier. A guy like Lemmy, what did he mean to you?

For me he was like a walking Statue of liberty. Of course I met him and I went to see as many shows as I could and I saw him and the Rainbow bar and Grill, but I never said anything because I didn´t know him as a friend.

I remember you telling me a story about how you guys were stuck in LA during Christmas and Lemmy was sitting there by himself.

Yeah, one of the saddest Christmases I´ve ever had. We were filming a video for the song ”Lost boys” and parts of it was filmed at the Rainbow and the only time we could do it, for some reason, was the day before Christmas Eve. We had to stay over night in Hollywood and nobody lives in Hollywood. Nobody´s from Hollywood. Even Taime Down from Faster Pussycat goes back home. We were there, The 69 Eyes, and what else is there to do, because nothing is open besides a couple of cafeterias and the Rainbow, so we went there. It wasn´t happy because there weren´t a single soul there. Only two guys, Lemmy and and some other guy with a huge middle finger back patch and I wondered ”Who´s that really tall guy?” and he turned around and it was Chris Holmes. That was Christmas 2006 at the Rainbow and Santa didn´t even come. It was horrible but a great story to tell. I think I didn´t even end up being drunk because it was so depressing.

I hope we will play a little bit later here at Sweden Rock Festival. Maybe we can play when the sun is setting.?There are probably a couple of hologram bands playing. There are special glasses. Without glasses it´s ok and with glasses you have to pay extra.