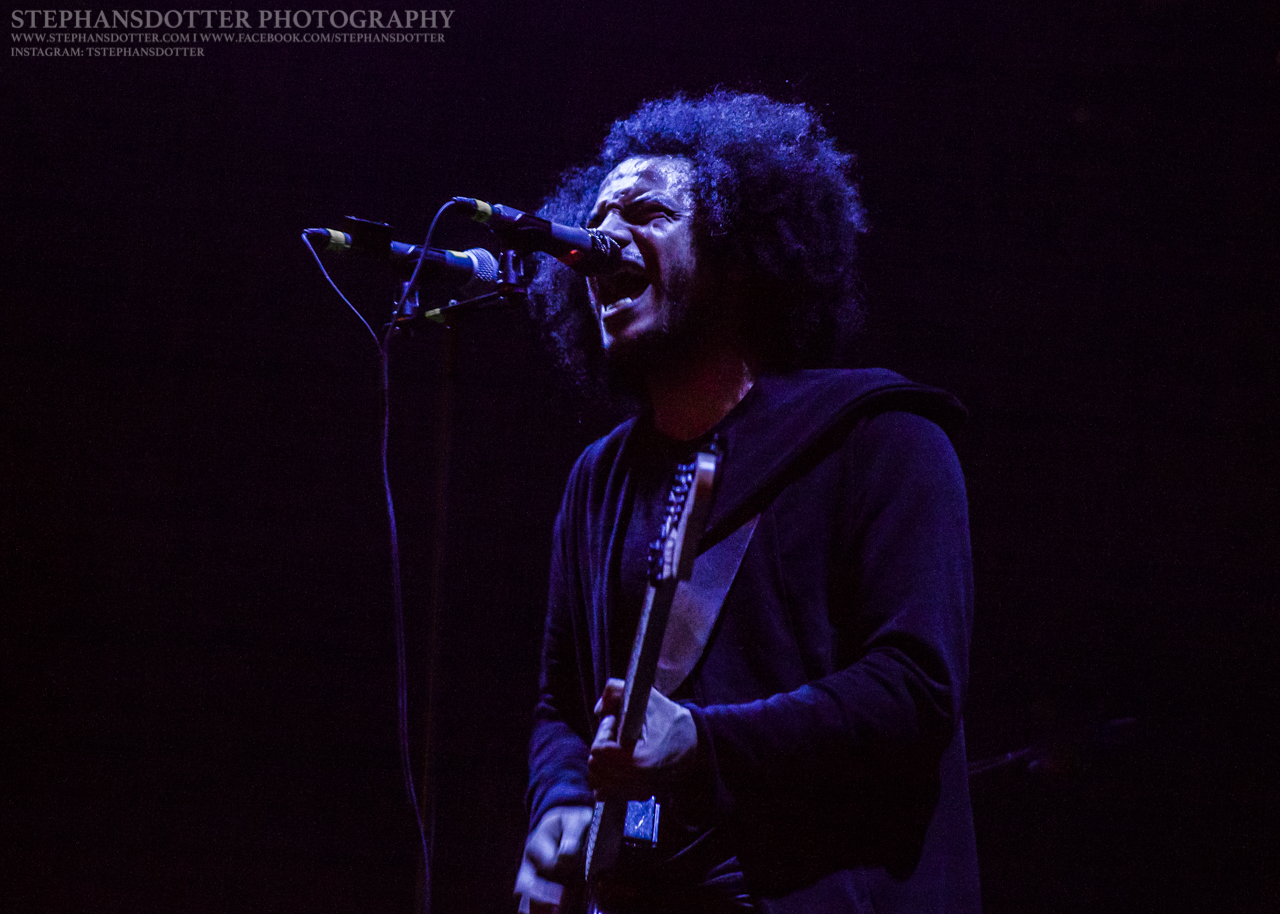 I discovered early on that you should distinguish the art from the artist. Roland Barthes (1915-1980), I think, wrote ”The death of the author” (1967), so I believe in the seperation of the creator and the creation. The thing is that I really like the music and I can´t not like it just because I think strangely of the person, because that would just be me lying to myself and I don´t wanna do that. How did you get into black metal in the first place?

I think it was a friend of mine who showed me either Burzum or Darkthrone when I was 14 years old and it was like the best thing ever. Then I was hooked. For a teenage boy, the faster and harder the better. Black metal has that, but it also has some weird subtlety to it, a kind of beauty that I just love.

You were born in Switzerland. What was and is the black metal scene like there?

Well, it started with Celtic Frost and they were of course a very influential band. Right now there´s a couple of interesting bnads kicking around. There´s Schammasch, who are also from our home town (Basel). They have a record out called ”The Maldoror chants: Hermaphrodite” (2017) which is excellent. There are some interesting things happening.

When the black metal scene started out, there were a lot of bands with some really screwed up political views. What did you think of that when you listened to bands like Burzum as a teenager? Did you reflect on that? You´re half black.

I did, but I discovered early on that you should distinguish the art from the artist. Roland Barthes (1915-1980), I think, wrote ”The death of the author” (1967), so I believe in the separation of the creator and the creation.

It can be difficult though.

Of course, but the thing is that I really like the music and I can´t not like it just because I think strangely of the person, because that would just be me lying to myself and I don´t wanna do that. When did you pick up the guitar?

I picked up the guitar when I was 15. It´s pretty late and I´m not an excellent guitarist. I´m ok at writing songs, but I can´t… wank on the guitar. (laughs) At first I was really into virtuoso stuff like Joe Satriani and John Petrucci and stuff like that. Then it was more jazz players. Actually now that I think about it, Mark Ribot (Tom Waits, Elvis Costello) was a huge influence. He has a really fucked up tone and it´s kinda nasty. It´s not even metal. It´s just kinda weird and I absolutely love it.

The album ”The Devil is fine” is all you as I understand it. How did you put together your live band?

Yes, the album is just me, alone in a basement. Walter (Hoeijmakers) from Roadburn asked me to play there and I figured that I just couldn´t go on stage with a laptop and press play, they would kill me. (laughs) I asked a bunch of friends if they´d be interested in playing in this weird project with me and that´s how it happened. I read that the band and the album came together after you posted on 4chan asking people what kind of music you should make and people answered and someone said ”black metal” and another one kinda said ”blues”. Is that how it happened?

That´s how it went down, yes. Again, it was just to not get bored and that suggestion was really interesting and that´s why I kept making songs like that.

Had you thought of making that kinda music before you read that comment?

Not with the spiritual aspect, no.

A lot of the stuff on ”Devil is fine” could easily work on a movie soundtrack. Would you agree?

I would, yes. And if Hollywood agrees I´d be happy to lend them some stuff. (laughs) Music is always about emotions and atmosphere, so I was very concious about making it like a weird dark thing. It´s super fun too.

The vibe in some of the songs made me think of the tv-show ”True detective”.

I haven´t seen it. That sounds awesome. I have to check it out. The thing is that I forgot Hollywood´s phone number… (laughs)

The album has gotten great reviews and praise all over the world. I know that Slash is a big fan.

You met him in Paris, right?

Yeah, we had dinner and everything. He´s a really cool guy. It was strange, man. He´s fucking Slash and he´s having dinner next to you. We hung out and talked and joked around. It´s just surreal. How did he even know about me?

Any other rock and rollers you´ve been fortunate to meet so far?

Yeah, we opened for Prophets of Rage and we went out drinking with Tom Morello. It was really fun and he´s a really cool guy too. We went into some kind of punk bar in Berlin and got absolutely trashed. It was fun. (laughs)

Did Tom pick up the bar tab?

Are you working on some new stuff?

Actually, right now I´m in Austria and we´re doing preproduction for the next album. We´re gonna record it in January, but I don´t know when it will be out. Sometime next year when it´s ready.

Will that album be in the same kinda style as ”Devil is fine”?

That´s actually what we´re trying to figure out right now. There are a lot of songs already, but we still have to agree on how we want to proceed and what style we want to incorporate. I´m gonna do everything myself except for the drums. I have a kickass drummer and I don´t wanna use computer drums because that´s just… bad. (laughs) What I love to do the most is write music, so I constantly write stuff. It´s not always good, but it´s not bad… (laughs) Could you see yourself writing music that has an even more aggressive tone than the stuff you´ve done so far?

Yes, definitely. The album is quite short and we can´t play like a 20 minute set because again, people would kill us, so there´s a lot of new material we play live that is much harsher than ”Devil is fine”.

Any plans for Sweden and Scandinavia?

We´re actually looking into that. I´ve never been to Scandinavia and I´d love to go and it seems like people there really dig our music. Probably next year, but I don´t know when though.