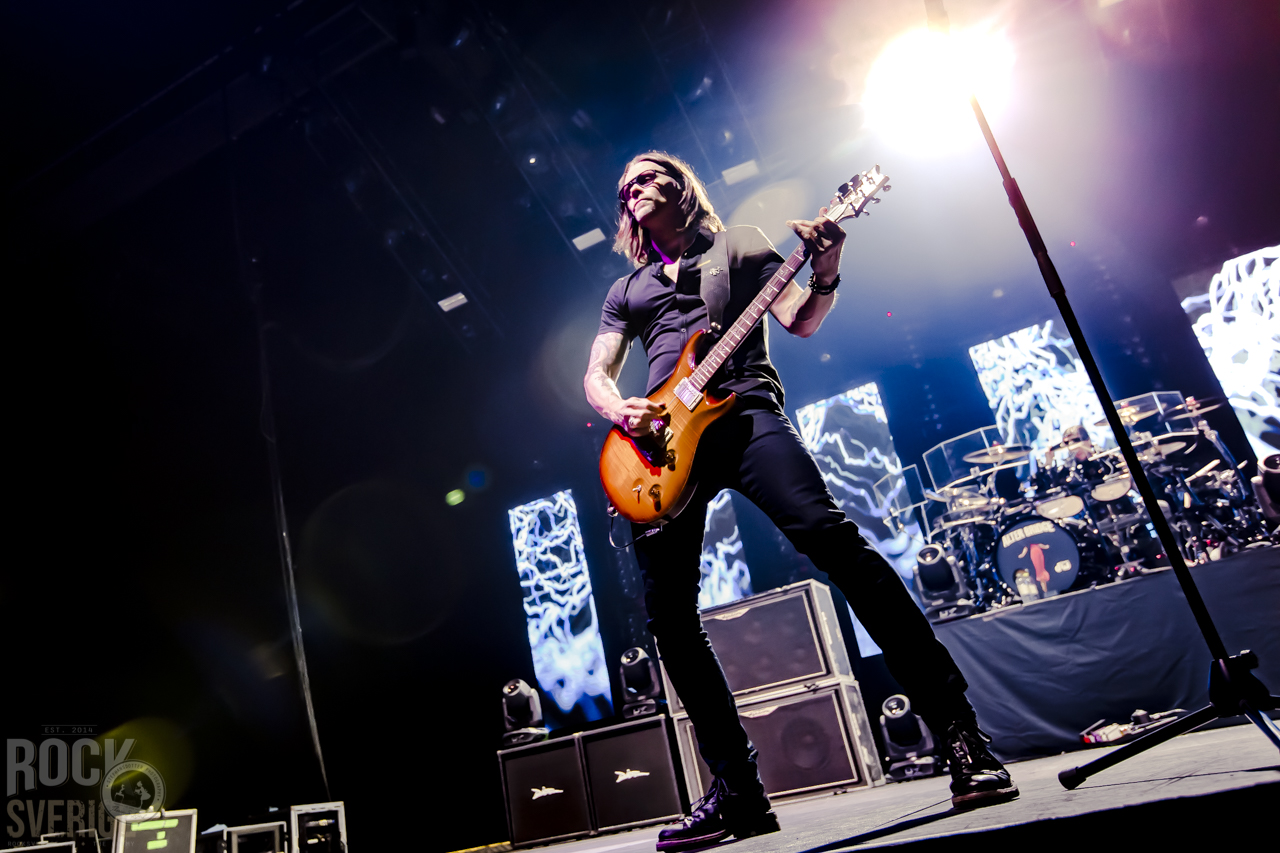 I think that they´re, in my opinion, the most important metal band out there right now. They´re moving the needle as far as newer bands go… bands within the last two decades. They blow my mind and the cool thing about Gojira is that they´re also incredibly cool guys, for as talented as they are.

How would you compare “Walk the sky” to the first Alter Bridge album, “One day remains”, which is now 15 years old? What is the major difference between those two albums?

Well, the first record was made quickly. I joined the band early January of 2004 and we started recording that record in April, so we didn´t have a lot of time to really get to know each other as writers and artists. I´m happy how it turned out, in the sense that we only had like three months to put it together, and it turned out great, but I just think that we needed to spend time together, tour together and evolve as a band and I think that really started to happen by the time we got to “Blackbird” (2007). It´s interesting to hear… you juxtapose “One day remains” with “walk the sky”, to just hear where it´s gone and it´s kind of fascinating. I´m just grateful that after 15 years we´re still doing it. If you´d asked me right after we recorded “One day remains” what we would be doing 15 years from now, I would´ve be pleasantly surprised, now that we´ve just finished our sixth record. 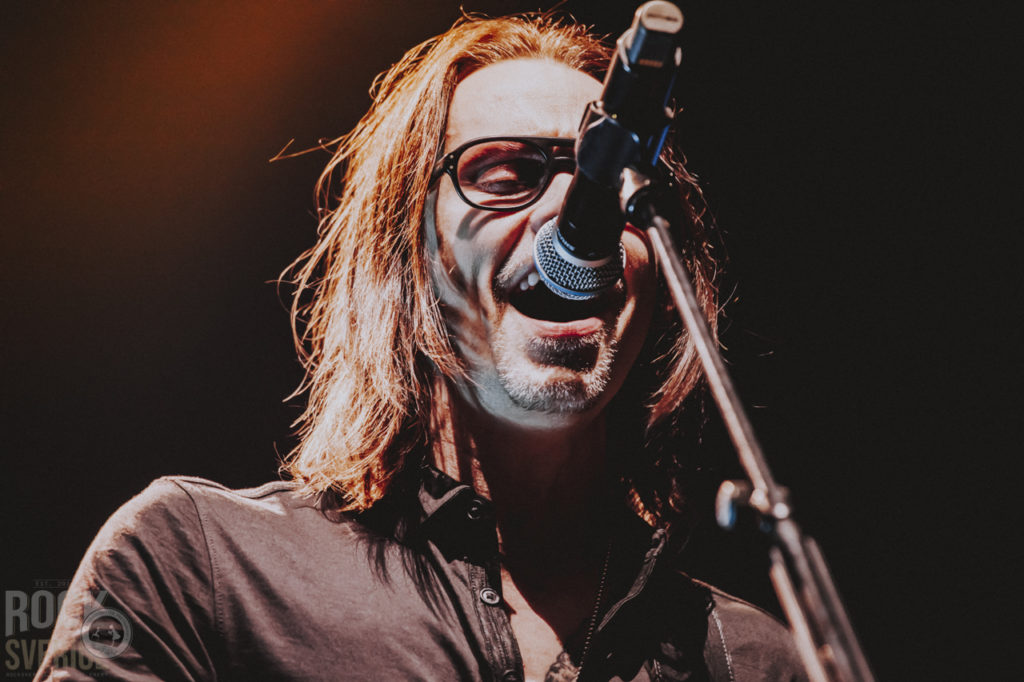 As you mentioned, this is your sixth record and you´re very successful, did it turn out the way you thought it would?

That´s a good question. I guess because I was always kind of looking at the music industry and its average shelf life of most of the bands, knowing that they don´t last long, I was always hoping that there was a possibility of reaching at least one more record. I guess I never had any real preconceived notion of what success would be like because it was always such a struggle and such an up hill battle that you were just kind of putting one foot in front of the other, so now after years of doing it and having the luxury of having a catalog, not just with Alter Bridge but also with Slash and the Conspirators and also happy to have the opportunity to do solo records, it´s pretty mind-blowing. I think for me, the biggest perk of all is just having the ability to create something and knowing that there will be people who want to listen to it. I remember for a long time, as a writer and as a creative person, I would just be writing songs in my bedroom on my old cassette four track and playing it for my dog. Now when I put out a record and people actually care and they listen to the songs, that´s definitely one of the biggest perks of the whole, quote on quote, success of being a musician.

That has to be the ultimate thing, writing a song at home and then six moths later it´s released, you play a show and people are singing the lyrics back to you?

Yeah, that´s probably the best part, when they´re singing the lyrics back to you. It´s a pretty intense feeling. I highly recommend it.

I talked to Mark not long ago and I mentioned to him that the song “Native son” has a riff that reminds me a bit of Gojira. He said that they were one of the most important bands out there. Would you agree?

Absolutely. When I wrote that riff, I had certainly been listening to a lot of Gojira, so it was something that I could see was totally rubbing off on what I was feeling at the moment. I think that they´re, in my opinion, the most important metal band out there right now. They´re moving the needle as far as newer bands go… bands within the last two decades. They blow my mind and the cool thing about Gojira is that they´re also incredibly cool guys, for as talented as they are. They´re really just stand up, great individuals, so I´m definitely rooting for them. They´re special. 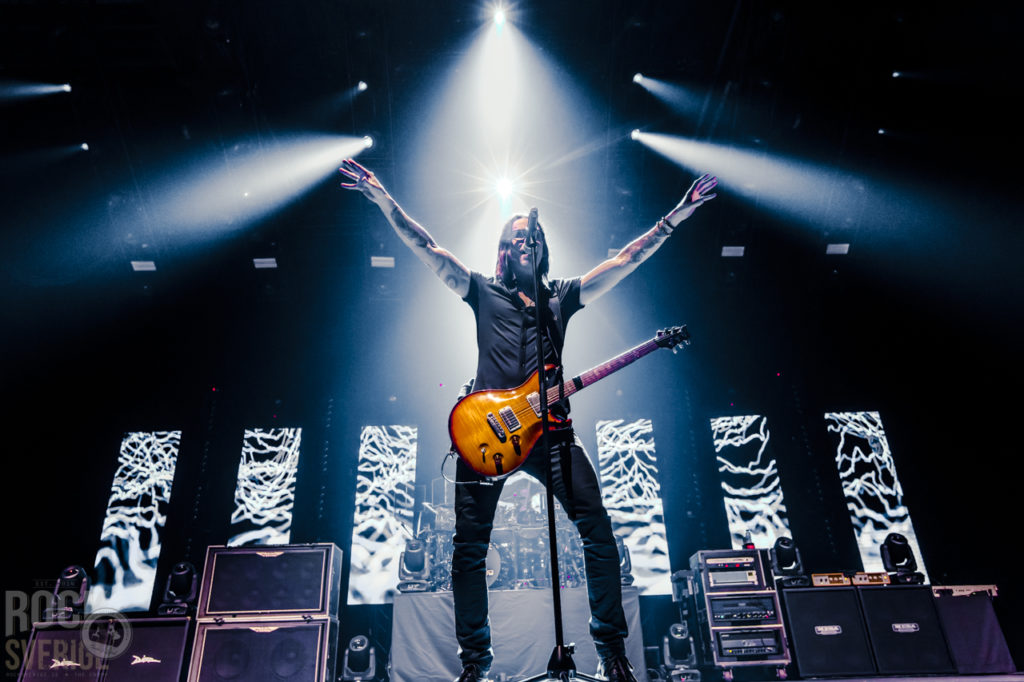 What is it about their music that you find so special and interesting?

I think it´s just that it´s smart. It´s not just pure cookie cutter metal riffs. To me, it´s not Status Quo. They´re trying to do something unique between the way Joe (Duplantier, guitar, vocals) approaches things with his guitar parts and his brother, who´s a genius drummer… I think a lot of the rhythms that take place under a lot of the riffs really help establish their sound and that´s part of what makes them so unique. I mean, I could just go on and on. There are just so many elements and the visual elements are great too. Their production is amazing and they´ve just got all the boxes checked. They´re really a ground breaking band and they´re going to be around for a long time.

How would you say that your working relationship with Mark has changed over these 15 years?

It has definitely changed. When we first did “One day remains”, I was just singing and I don´t think Mark really knew a lot about me as a guitar player. As time has gone on, that dynamic has changed when we kind of became this twin guitar attack, for lack of a better word, which makes me happy. Guitar is probably my first love. I really enjoy singing, but I started off as a guitar player, so I definitely get off on that. It´s cool. We´ve rubbed off on one another as players over the years as writers and what we´ve got, as far as a team goes, is a real healthy thing.

I´ve asked him who he thought was the better guitar player of the two of you and he said you were. He said you were great at improvising and that you would survive a lot longer than him if thrown into a jazz band.

Well, I come from that jazz background, but each of us have our unique skills. If you put me in a really aggressive metal situation, I would not survive nearly as well as Mark would. I appreciate him saying that, but there are things he does that I definitely can´t do and I think that´s part of what makes the relationship really interesting. Put both of us together and it´s kind of a wide pendulum shift, or swing, I should say. We don´t really cross into each other´s territory and I think we feel that we have a lot of the bases covered between the both of us. 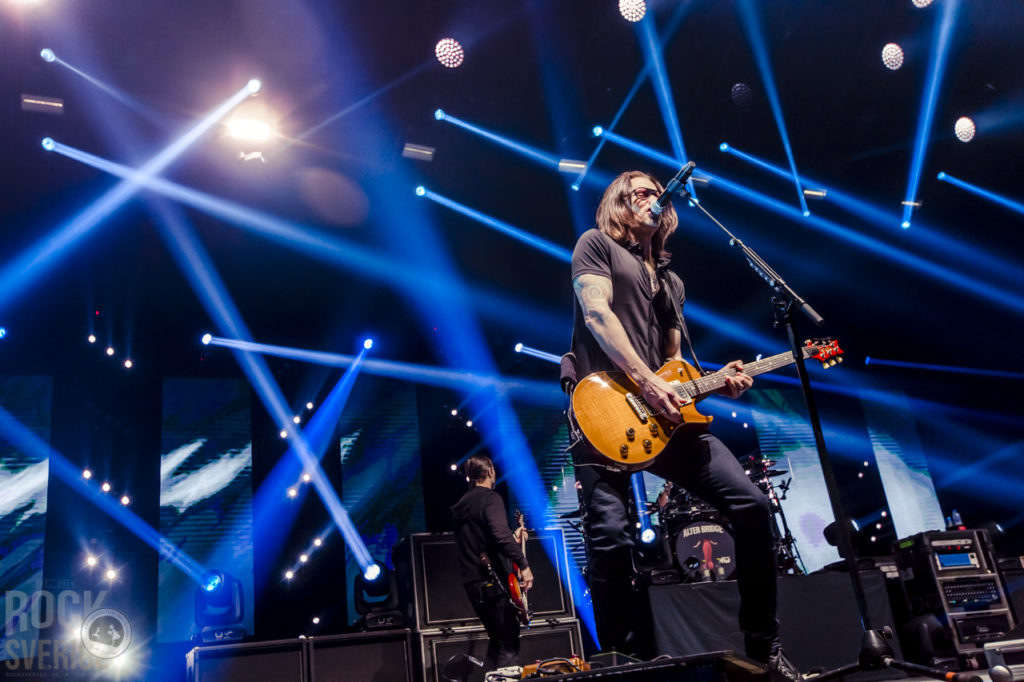 You worked with Baskette again. Has he become your Bob Rock, as Bob Rock was to Metallica? Don´t you sometimes need someone to shake things up?

I understand that concept definitely and I think that if we knew that we were in situations where we felt it was getting stale, I would certainly consider that. But one of the really important things for us as writers, is getting into a situation with someone who we trust and I think that maybe that´s the most important element, having someone in the studio environment that when we throw out ideas, at the end of the  you know it will be something that will turn out, because there´s a proven track record. But with that said, it´s certainly understandable that a band like Metallica, after years of working with Bob Rock, decided to shake things up. If it ever got to a point where we felt it was getting stale, it would certainly be something we´d consider.

You´re turning 50 in November, about two weeks after you´re playing Stockholm actually. How do you feel about getting older?

I think that you just become grateful for each day above ground, really. I guess if I would dwell too much in how big that number is getting, it might be a bit overwhelming. There´s such a psychological element to it. I think that I still operate the level of a 14 year old boy, so I still feel pretty young and vital at this point. I´m not falling apart yet.

What´s your motto in life?

Follow your bliss, which I got from Joseph Campbell (1904-1987), who´s an incredible thinker from the last century.