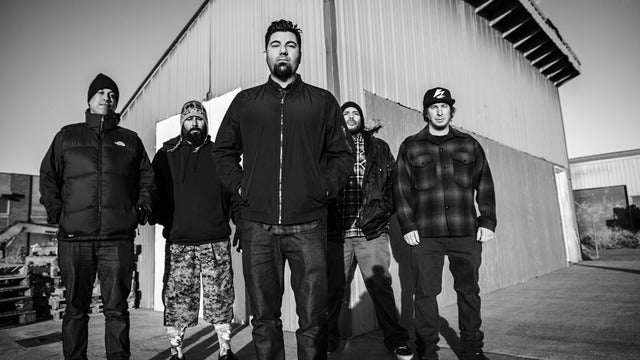 Any fun stories from the studio?

(laughs) Nothing out of the norm, nothing noteworthy. We had a good time writing it (Ohms) and we really enjoyed recording it. What was the most out of the ordinary thing? I guess it was when we were in Henson Studios and Justin Bieber was in the room next to us for a day. I did not meet him, but a couple of people saw him in the hallway. That was it. Who else did we have in there? I think Adele was in there one day, but we only heard a song.

Terry is awesome. I hadn´t known him for a few years because obviously the band´s relationship prior to me. We hung out and discussed my thoughts on recording and sound generation, because that is something that´s an interest of mine and I´ve spent a lot of time learning it applying, writing songs. Working with him was amazing. What he does with sound and how he hears and how he chooses to produce are among things that I find very admirable.

With today´s insane technology, where you can fix anything in a heartbeat, compared to the analog days, was it more true back then?

Mmmm, I don´t really think so. One of the main differences is nondestructive editing. It´s less time consuming. My first album that I ever recorded with analog was with the band Quicksand. I remember we needed to do a drum edit and that was a major ordeal. Now not so much. In terms of the technological advancement it´s the same thing with photography and these domains that are now are kind of finished in the digital realm, the better the source, the better the outcome. Even if there´s a singer who is completely rhythmless and can´t hold a note, if they sing and it gets fixed, it doesn´t sound the same. It´s a timesaver and it allows for a larger palate of expression, but I don´t think it falsifies things.

I picked a song from the album that I really like and I find the title interesting, “The spell of mathematics”

Ah, right! It´s hard for me to tell because I know songs still by working titles. Hum it to me and I´ll describe it!

Jesus Christ, that´s too much for me! Does that happen a lot, that you´re stuck in the working titles and it´s hard to remember what the finished song title is?

It´s a crossover. The songs can live for a long time with working titles. What´s fun about this record in terms of the working titles was… I don´t know if you´re familiar with this but there´s a Mexican card game called “Loteria” and each card has a specific image and a name and all of the working titles were… I had noticed at rehearsal that the band had Loteria cards and I started to… I´m the one usually writing out the names and the arrangements and I started to “This song is this!” and I started this kind of thing of attaching Loteria cards to the working titles. Then the entire band started picking up on that. For me it was really cool since having that heritage. It was something cool. Basically I still see them as such. I have that image and then what happens is that by the time the record comes out and having the setlist it all works over to where the titles are what they are. Let´s say you go a little further down the line, we start reminiscing “What was that?”

Tell me about the cover art? The last couple of albums and going way back with Deftones as well, have these amazing album covers, like “Diamond eyes”. This one is more anonymous in a way. A bit more grey.

I think it´s impressionistic for us. We´ve been working with Frank Maddock since before I was in the band. We are talking about resourcing ideas and resourcing images and he has a lot of ideas. He hears the record and throws a lot of things at us and then it kind of resonates for whatever reason. What resonated about that imagery for us at the time was that it had like a Prince vibe. It´s interesting to see how people react to things because everyone responds in their own way. Hearing what people think that it is versus what is true is interesting. For us it was “Wow, this is really cool, it reminds us of Prince!” The band as a whole are Prince fans and really admire him. What people never picked up on with “Diamond eyes” was that it was inspired by Sade.

Did you ever get to see Prince?

No, but a couple of the other guys go to his personal club at his property and we had a guitar tech who was with the band for seven years and who wound up being Prince´s guitar tech.

It´s 20 years since “White pony” came out. You weren´t in the band back then, but were you a fan of the band and that album back then?

It´s funny because I never had an objective opinion of Deftones. I only saw them once before I met them and we were on tour together. I was in this other band Quicksand and we were on the Warped tour together and how I met them initially was that a friend of mine said “Hey, you should go check them out! They´ve got this Bad Brains thing and they´re really great live.” Since I was in the hardcore scene I was like “What´s their affiliation with hardcore?” and he went “None, really.”, but I saw them and I was like “This is cool!” I then went to their Winnebago and I introduced myself. At the time Quicksand was more established, but I introduced myself and we became acquainted and flash forward a couple of years and I went up and filled in for Chi before “White pony” came out. You know, when you´re friends with the band you´re rooting for them and you´re excited about what they´re doing and you´re listening with the knowledge of “These are cool people and they´re doing cool things.”, so I´ve always championed for them.

Going back to the hardcore scene and New York in the 80´s. What was that like? Was it a rough scene?

Not particularly. I think it shaped me as far as how I approach people and the dynamic between bands and people who come to see bands. It also shaped my approach to songwriting and approach to tone, like how I play it and how I write. While I was in hardcore I was also into the British kind of political punk bands and it´s what´s impact in my tone and the way I write, the songs are very bass driven because of the bands that I love.

Last question. Do you remember the first record you bought with your own money.

Let´s see. The first record I bought… I think I was a preteen and the first things I bought was cassettes, I have to be honest. I grew up in the Bronx and I used to buy cassettes from a guy called the Tape man and what he had was tapes of live bootlegs, like rappers of the Bronx and in Manhattan of that era. That was a big thing for me and I used to go buy cassettes of groups who performed at the clubs. My first punk record was actually like more Goth. I stumbled onto that scene myself, so it was “The head on the door” by The Cure and “Love” by The Cult. I love it! That´s before I knew I was supposed to be into Discharge and stuff. (laughs)