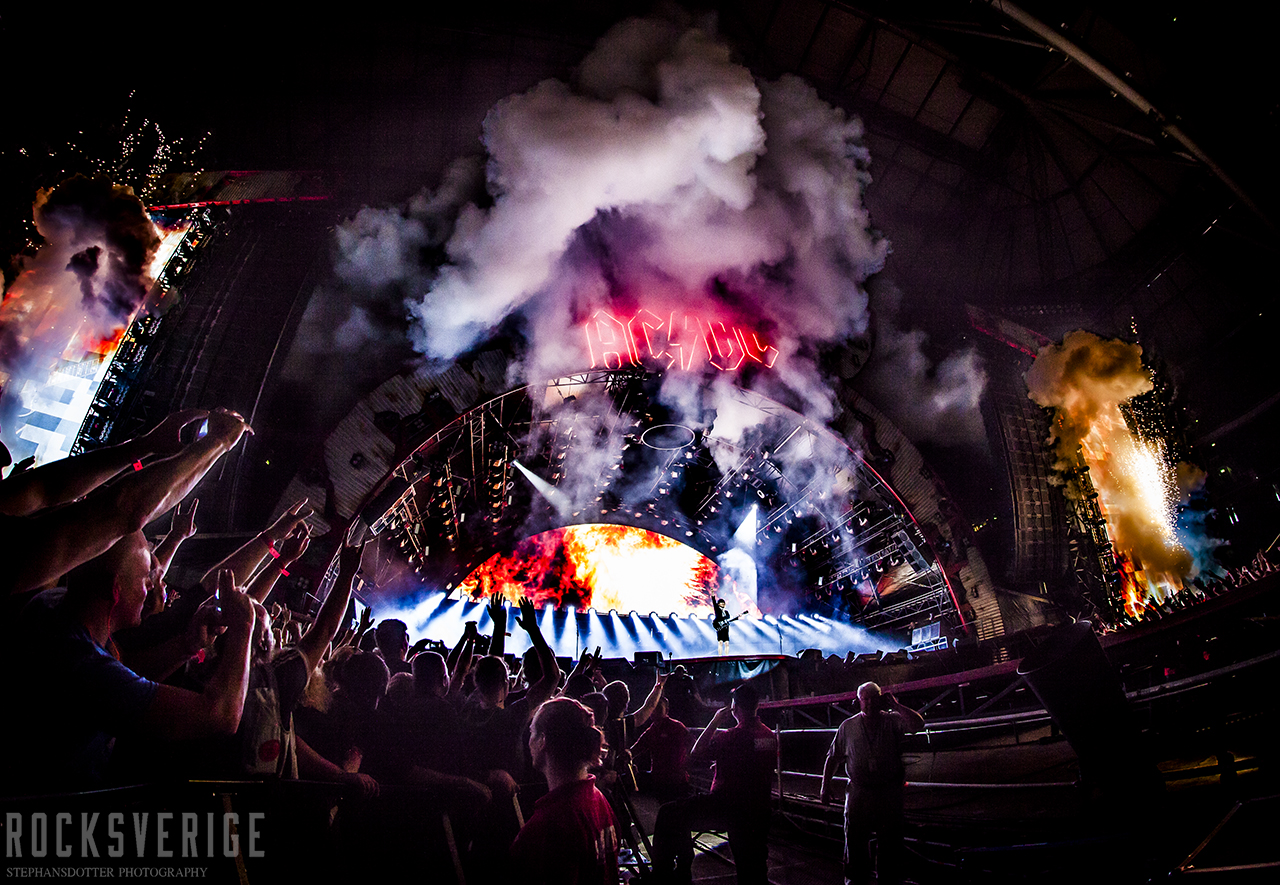 My story involves working with them on the ”Ballbreaker” (1995) recording sessions in NYC at Power Station/Avatar Studios. Malcolm and Angus were the last to arrive. As I introduced myself to them I was greeted very warmly. They were quite reserved and ready to get down to business right away. Even though Malcolm has never been in the spotlight, those of us in the industry and those who are mega fans knew Malcolm was the engine behind AC/DC. Not to take anything away from Angus or the other guys. Watching up close how the dynamic of this band works was amazing. Everyone had some input. They all had a great time and enjoyed playing together. After all this was the first time the original band that created ”Back in Black” (1980) was back together again. I informed Malcolm and Angus how big a fan I am of AC/DC and that getting to work on a record with them was way beyond any of my wildest dreams. Just meeting them would have been enough. I told them I will do my best to keep as a professional and not drive them nuts wanting to know more about them. They are very humble people. They appreciated me letting them know and said its ok if I want to have conversations with them. Keeping to my word I didn’t go too crazy and made sure to not just ask about the days with Bon. They respected that. There weren’t many times where I was able to really have one on one with Malcolm but the few times were very special and am glad to have had that chance in life to do so.

His guitar playing is beyond what most will ever know. Most people only know the killer AC/DC riffs that he plays and think that is all he can do. But I am here to tell you he is one great guitar player. Whenever there was a little bit of downtime they guys would just mess around with some ideas. But the best times were when they just starting jamming something NON-AC/DC. A lot of blues. And Malcolm would play some great solos during this. Was such a treat to be able to watch and listen to this up close and personal. The whole time thinking how amazing it would be if I actually played guitar and was able to jam with them. I think he is a great songwriter. If it were easy, anyone could do it. So to all those people who call AC/DC a three chord simple band, sorry but you are wrong to think what he has written is not well crafted. He has come up with some of the most iconic riffs that will last for many many more generations. You cant go to a sporting event without hearing at least four to five AC/DC songs being blasted over the PA. They have fans that are three generations deep now. Grandparents and grandchildren are showing up to shows these days. This is all because of the songs he as written that are timeless. That is what makes him a great songwriter to me.

I only wish I had one more opportunity to say hello and thank you for creating the band that changed my life forever. Back In Black brought me to the rock n roll side and that is when I decided I wanted to be in the music business, at the age of 10.

May you RIP as well as George.

Thoughts and Prayers go out to Angus and the rest of the Young family, including the AC/DC Family.