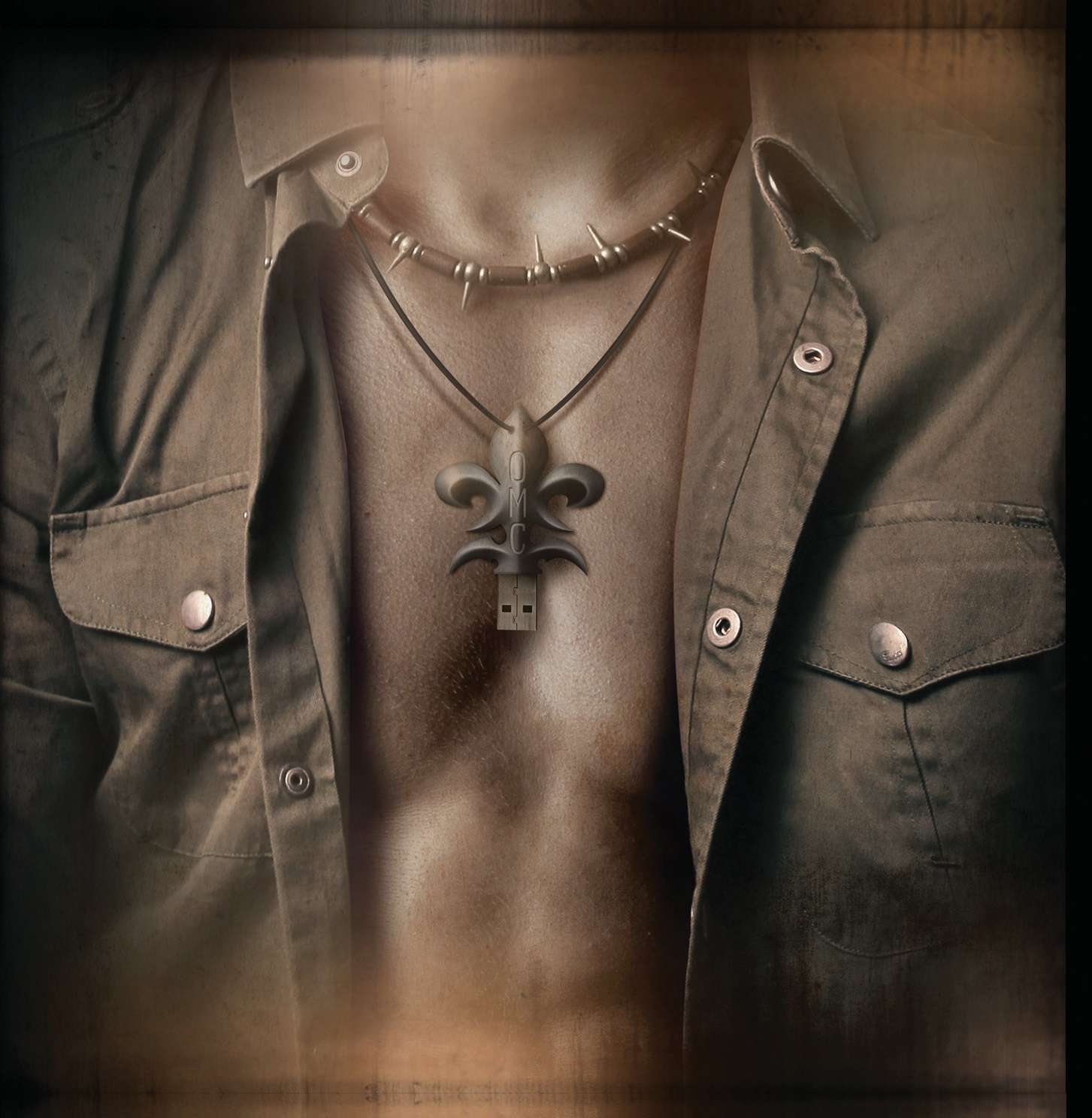 “I think it´s coming out in February. It´s pretty in depth and pretty long. I´m kind of an old guy so…  I have a lot of life to talk about. It´s kind of my life story. Quite a few stories from the road and just a chronological presentation.”

With Operation Mindcrime being a project and not a band, does that mean that you´ll change members every now and then?

Geoff: Yeah, it´s kind of an open thing. There are so many people that contributed to the project, the record and everybody´s got conflicting schedules and different things they are doing and different commitments, so I just kind of wanted to leave it open for everyone to work on their piece and their amount of involvement. I just decided to call it a project rather than a band. In that way I think the audience can understand that it´s gonna be a situation where people come in and out and contribute at different times.

These days with the record business being what it is and there are bands considering just releasing a song here and a song there, you come out blazing with a conceptual trilogy?

Geoff: Well, I kinda grew up in the 60´s and the 70´s, inspired by conceptual records and I´ve done a few in my time. I have a real love for that kind of medium and that kind of way of presenting an album. I just wanted to follow through with that. Are the other two albums gonna be in the same style as the first album or will it change for each record?

Geoff: I think it changes. We pretty much composed all the music for all the records pretty much around the same time, so there´s a similarity to the sound and the production, but a lot of variables in between that as far as song structure and that kinda thing. I guess there is a continuing kinda style. It´s hard for me to be objective about it all. (laughs)

What´s your take on the music business today?

Geoff: It´s not like it used to be. It´s apples and oranges and really two different things. It has really changed, although it´s started to turn into something else now. There was a time when it was very, very bleak for most people selling records, but I think over time it will come to a new point. Probably not like it used to be. I don´t think there´s any return to those days because technology has changed so much.

Do you ever get nostalgic about the times when you were actually selling a lot of albums?

Geoff: Gosh, not really no. I´ve pretty much been in the presence and looking towards the future. I´m not one to look back too much at things. I guess I´m not a nostalgic person I guess. Are you constantly writing music?

Geoff: Yes I am. As a matter of fact I was writing when you called. I´m just finishing up the music for the last album now, so I´ve been on that roll for quite a while now. I started the whole project last year and I´ve been working on it continuously ever since. I´ve finished the first record and released it now and I´m mixing the second record and I´m finishing up the last few songs on the last one now.

What are you most proud of throughout your career?

Geoff: Well, probably the fact that I´m still making records and still touring. That´s probably my biggest achievement I would say. Being able to maintain a career through the ups and downs in the music industry and the ups and downs with the band. That´s something to be very proud of.

Are you in touch with Chris Degarmo these days?

Geoff: Yeah, here and there. I haven´t talked to him in a couple of years, but we connect every now and then.

It´s been 30 years since Hear N´Aid. What are your memories from that experience?

Geoff: Gosh, that was a long time ago. I don´t think anybody was concerned with having a genre called metal involved in this project. It was just musicians getting together, who Ronnie (James Dio) knew and contacted. That was the criteria, if you were interested in helping out with the project for a good cause. Ronnie knew what he wanted to get, so we were all just trying to perform and give the kind of performance that he wanted. We tried our best to interpret his vision of the song. It was a fun project and there were a lot of great players on it and it raised a lot of money.

You (Queensryche) toured really early on with Dio, didn´t you?

Geoff, Yeah, in 1983 I think. He was really a gentleman, the old school style gentleman. Very welcoming and very confident with what he did. He didn´t appear insecure in any way. The kind of guy who would say “The opening band needs a better soundcheck. Can we help them out? How can we make their show better?” I really respected that. He wasn´t selfish or concerned about himself so much. He was more interested in the big picture of how everything was with the show.

A totally different thing, but how´s the wine business these days?

Geoff: All good. I just got back from a harvest in Germany. It´s been a good year and it looks like we´ll have a good harvest and get some good wine from it.

Are you also a wine collector?

Geoff: I don´t collect it really. I collect to drink it. (laughs) Not so much to keep it in a cellar. I enjoy wine and I try different kinds. I prefer European wines, but I´ve sampled a lot of different types from a lot of different areas and I´ve tried some old, vintage and rare wines. I´ve had a few of those.

Do they really get better with age?

Geoff: Well, better is subjective. It´s hard to gauge what better is when it comes to wine. If you have an older quality made wine and it´s kept in proper conditions, than yes, it´s exceptional. It´s very different. What does Seattle mean to you these days?

Geoff: It´s a very livable city. I´ve lived in other cities around the world through different times of my life, but I have lived in Seattle for the longest period of time. I enjoy it here. It has a lot to offer. It´s very cultural and it has different people from different parts of the world living here and adding to the culture. Incredible food and art and lots of things to do. It´s a very outdoorsy kind of city with people participating in outdoor events, sports, hiking, mountain climbing, sailing and so on. You can do just about anything here. There´s lots of entertainment and it´s also a great place economically speaking. It´s always been a strong economic center in the United States. There´s lot of jobs and work, so it´s a thriving city. When it comes to the music scene though, I really don´t know. I don´t pay attention to that honestly. I´m kinda involved in my own music scene and I don´t really go out too much these days.

How do you feel about fame and being recognized?

Geoff: It´s just something I´ve gotten used to over the years. You´re not famous everywhere you go, you´re just famous in certain places at certain times. I was just in Ireland yesterday and I walked around Dublin and signed a lot of autographs, so I guess I´m pretty well known there. (laughs) Other cities I go to, I´m not recognized at all, so it all depends where you´re at.

Have you ever thought about writing a book?

Geoff: Actually I have one. I think it´s coming out in February. It´s pretty in depth and pretty long. I´m kind of an old guy so… (laughs) I have a lot of life to talk about. It´s kind of my life story. Quite a few stories from the road and just a chronological presentation, “I was born…” (laughs) I had a writer working with me.

Back in the good old touring days, was there a lot of drinking and partying?

Geoff: Well… how do I explain this? Being on the road, is a nonstop party. You´re entertaining people in this social interaction and there´s thousands and thousands of people, so it´s a rolling party. The longer you´re in it, the more people you know, the more friends you make… that´s what you do, you socialize and socializing involves drinking and so on. It´s part of the thing.

Was there ever a time when you felt it got to be too much?

Geoff: I don´t know. I´ve always been kind of a moderate person. I don´t need to get hammered every night and that kinda thing. I guess the answer to the question is no, it never got too much really. Life is short and you gotta enjoy it.

With everything that´s been going on with Queensryche and yourself, could you ever see yourself working with anyone from the band again?

Geoff: Not really. I don´t think so. We did our thing and had a good run, but it´s over now and part of the history. Geoff: Not my favorite, but it´s one of many we did. I enjoy that record, but I don´t really have a favorite. I have a fondness for all the records and all the songs that were written over the years and it´s always kind of an interesting thing to put together a setlist. What songs to play and what songs haven´t I played in years and there are some songs I´ve never played live before, so that´s always a fun thing to break out.

Finally, when do you start touring with your project Operation Mindcrime?

Geoff: November 13 is the first show in Germany and Scandinavia is in the works.