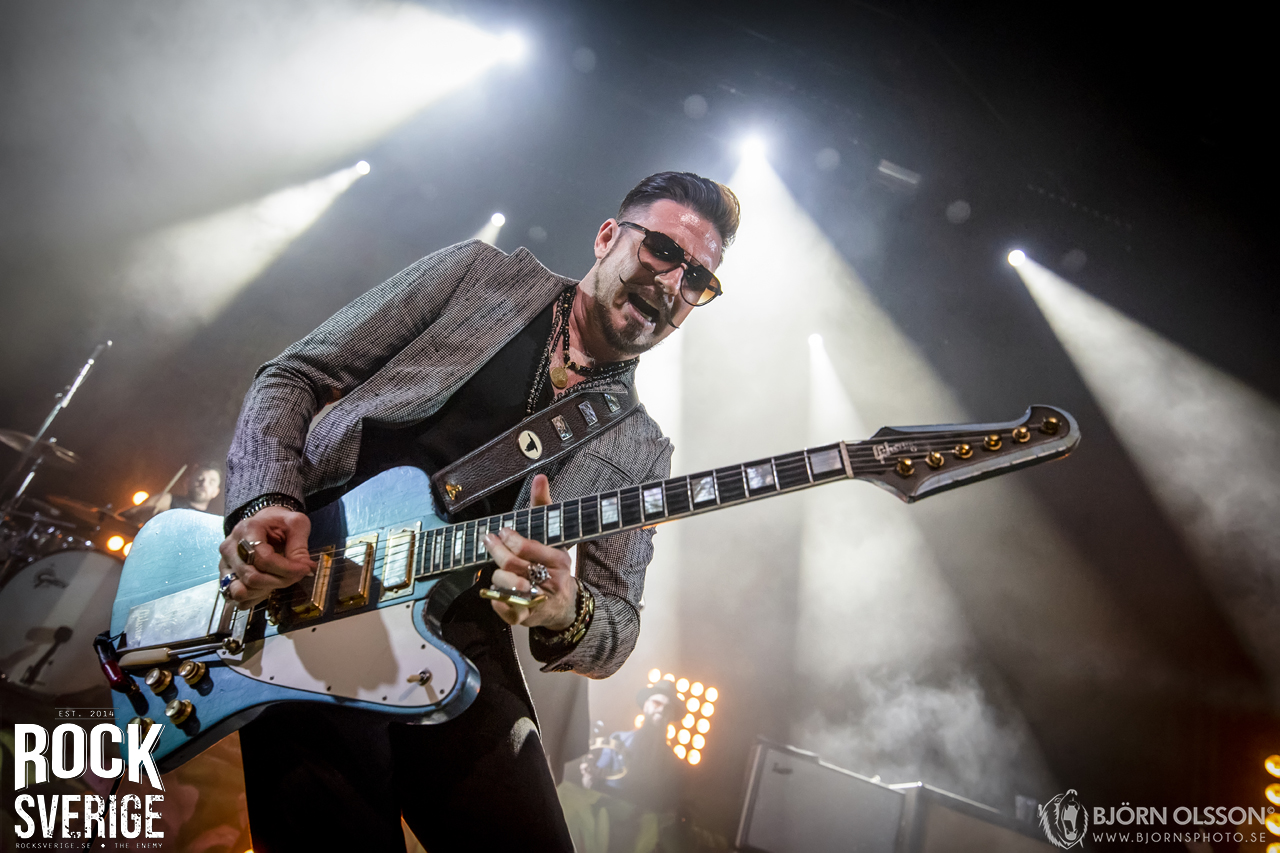 Would you say that Eddie Van Halen in any way influenced you?

Massive, massive! As much as anybody who can play guitar. Not that I´m sounding like Eddie Van Halen, not even that it´s what I´m going for, but he´s the kind of player in the same way as I´ll hear Django Reinhardt and I´ll feel elated. That´s the kind of talent that excites me and it´s the kind of player that I hear joy on the instrument. Eddie Van Halen, it´s just such an undeniable joy and inspired talent. Everyone did this when he came out. A jazz player could hear him and go “Lord, that sounds so great and he´s having so much fun!”, so we love him. Horn players are the same way. I´ll listen to Coltrane or I´ll listen to Monk or Miles… and you´re just looking for that inspiration and you can hear that they´re inspired. You can hear it´s special and in that way Eddie Van Halen was probably one of my most profound… you know Hendrix and Page and Beck and Clapton and Gilmour and all this group of guys… and Eddie Van Halen was mega. He´s also the guy that really steered me into wanting to come up with my own thing, because after a good year of learning all the records up till “1984” and going “Ok, I can play all these songs and I have a whole bunch of licks from him, I don´t want to play these songs anymore. They´re so his (licks).” If you break out any of those licks everyone goes “Ah, that´s the Eddie Van Halen thing!” He really inspired me to become original and I realized he´s original. You´ve got to be original. He stumbled upon his thing and it worked for his thing. I won´t say stumble, because I think he worked at it. Although, to contradict myself, it does kind of sound like he stumbled on it a little bit, doesn´t it? How much fun he´s having with it. It´s the stumbling artist, the idiot savant that you´re like “Oh my god! How the fuck are you doing that?” 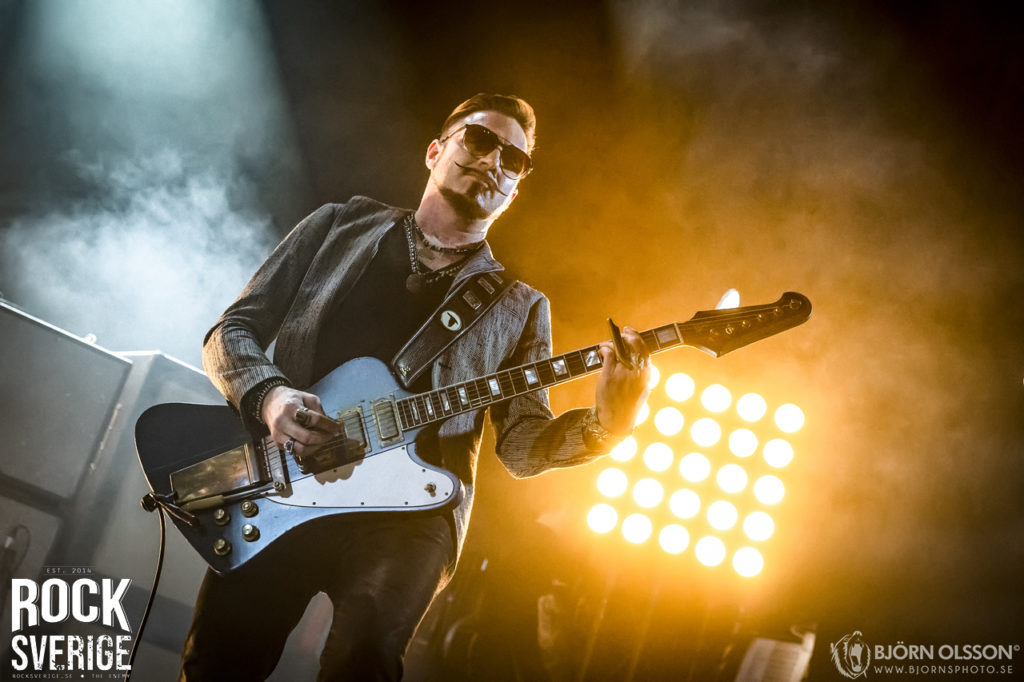 Now that you´ve been around the world and you´ve played with a lot of artists, who would you say was the first musical hero of yours that you got to meet?

First one? I´m trying to see the order of things here. I got to meet… there´s probably somebody earlier on, but one that pops up and who was really a big one for me was when we played the Electric Ballroom in London. We had sold it out and Jimmy Page came out with my buddy Ross Halfin, the photographer. He brought Jimmy with him because they´re good buddies and Jimmy was a fan of the band. He talked about us and stuff and he came out and it was really cool. We were all talking and then Jimmy walks into the room and it was like “Hey! Oh my god! Nice to meet you!” and then everybody kind of cleared out of the room and disappeared and left me in there with him. I had all of our records on vinyl and he´s a big collector and I had just had some custom clothes made from a guy he knows too, so we were talking about that. I think Jimmy was one of the first ones. That was a big one and a really exciting one. I got to talk a little bit with his close mate too, Jeff Beck, which was a really, really big one. I was actually at an award show and I was in a conversation with Billy Gibbons, one of my biggest guitar players, and Jeff Beck. They´re good friends and I was in this conversation with them talking and we had just won an award, it was this Classic Rock awards thing. We were just talking and I just looked at them and went “Honestly guys, I can´t take it. I´ve got to admit it. You both mean a lot to me, but I think I´ve got to go. I think I have to leave.” and I left. (laughs) It was just too weird.