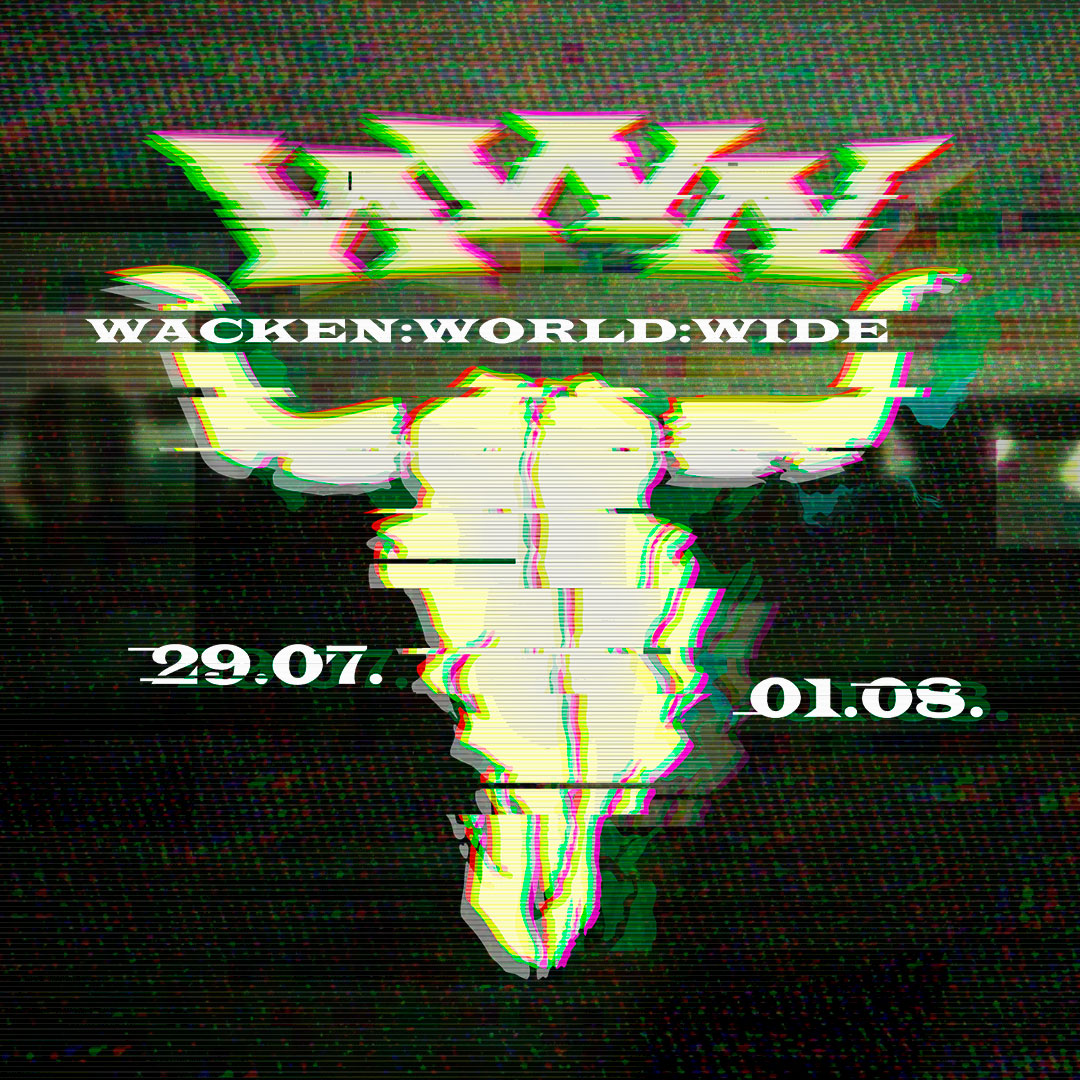 If the people can´t come to us, we´ll come to them! We´re coming to your living room and we´ll try to bring you as much metal as possible.

So, what´s the deal with Wacken World Wide?

As you know, the fans can´t come to us and most of the bands can´t come to us, which is a disaster for all of us. I don´t know what it will do to me. My whole system is switched on for metal duty during this time of year. We thought “Fuck, what can we do?” In all the crisis we´ve had over the last 30 years, our most successful recipe was to stick together and try to find a solution. The last couple of years we´ve already been thinking about it in a digital format. We have these, sometimes crazy, sometimes stupid, sometimes undoable ideas and why don´t we throw them all on the table to see what we can do this year. Luckily with our partner Telekom, we said we would sit together and do something a little bit out of the box and then we said “Yes, but if Wacken is doing something it has to be at least a lot of live and metal and a fire, lights and smoke.” We came up with this concept of doing a digital festival which should be a copy of what we´re usually doing. My highlight every year is to meet all the people, but we´re all in the same boat now. We came up with all these ideas and I don´t know if everything works. (laughs) But it´s trial and error. A couple of the bands will perform on an XR stage, as they call it. There´s a lot of camera tracking and they can do a lot of things with it and there´s a lot of LED screens. I don´t want to promise to much, but I´ve seen a couple of demos and if half of it works it will be huge. We´re really excited and this technical stuff is a little bit over the top. I heard a lady on the radio at the beginning of March, she talked about all these events that got cancelled and she said “If worse comes to worse (Wacken getting cancelled), I´ll just put on my shirt, throw on a good record on the record player and get a case of beer and just celebrate at home.” That really touched me, that we have created something that means so much to people. That´s when we said “If the people can´t come to us, we´ll come to them!” We´re coming to your living room and we´ll try to bring you as much metal as possible.

So there´s going to be actual bands playing and then you broadcast it all over the world?

Yes and it´s for free. It´s difficult to finance it in this short period and it wasn´t really possible to get a lot of sponsors, but we´re really grateful that Telekom is supporting us. We don´t want to charge anything this first time and also it´s a special time, but if somebody wants to support us, there´s a million ways of buying t-shirts and such and we´re even making a wristband and a ticket like a souvenir. The ticket doesn´t mean anything, but it looks really cool.

Will you be showing old shows from Wacken as well?

Yes, there´s some good stuff in the pipeline. Interviews and stuff and bits and pieces and we´ve got some exclusive snippets, like two songs from some not so unknown artists. I hope it all works out, so it´s not only the live shows. We´re all suffering from this and all these living room concerts really got me through March and April and I really appreciated it. I saw a lot of cool stuff.

And some of the bands playing are…?

Some of our closest friends immediately said yes like Blind Guardian, Heaven Shall Burn, In Extremo, Beyond The Black, a band we´ve been working with since they started, Hämatom, who are pioneers in “fuck Corona” concerts (laughs) and we´ve got Kreator. Mille is one of the biggest Wacken supporters. There´s going to be more to come and I hope everybody likes it. We will have some huge shows and we´re extremely proud that in the last minute, because travel restrictions went down a little bit, we´ll have international acts like Sabaton and we´re looking forward to if they can top the double stage performance. I know they are aiming to do so. I´m not an expert on the virtual mix reality… 3D computer stuff. I´m still very analog, but we´re trying to bring it up to date and a real metal show with real amplifiers and a real crew working behind the scenes. We´re extremely proud of how loyal the metal scene is. Like with Blind Guardian, one phone call and they´re there. Same with Kreator. 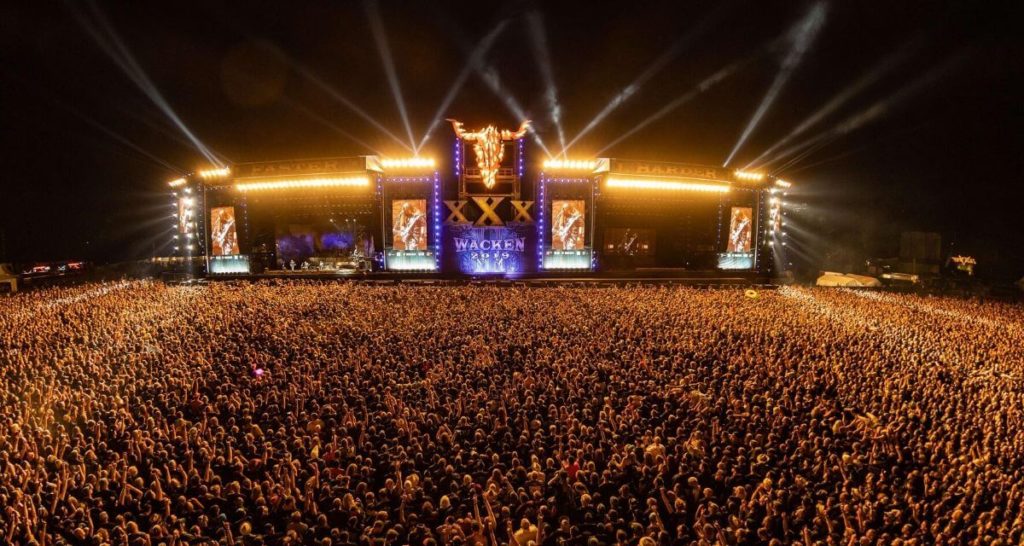 How did you manage to pull it together so fast?

It´s all down to the team and we have such a great crew who are passionate. We also have great partners. The philosophy of Wacken is that we try to be very loyal to our suppliers, our crew, our artists. It´s like a family thing. When we reached out to Telekom, who have been broadcasting the festival for a couple of years… it´s all down to personal relations. They are confident in us and we in them. That´s what makes it possible in such a short time. We won´t be able to bring everything we´re thinking about to life, but I think for a first step, it looks really promising. I saw a demonstration and let´s see what the bands do.

Are the bands playing in their home countries and then you stream it, or how does it work?

No, the bands playing on the XR stage are physically in a secret place and we´re not going to tell you where it is. It´s not in Wacken, so there´s no need to travel there. It´s a studio somewhere and there is a huge scene with a lot of LED screens around and we can “beam” in fans from all over the world so the bands will be able to interact with the audience. It´s a real show that will be recorded. We also have a few real live shows around the globe at secret locations. Blind Guardian, Kreator, Sabaton, Heaven Shall Burn, In Extremo, Beyond The Black and Hämatom are playing real shows. And Body Count is also a real show. 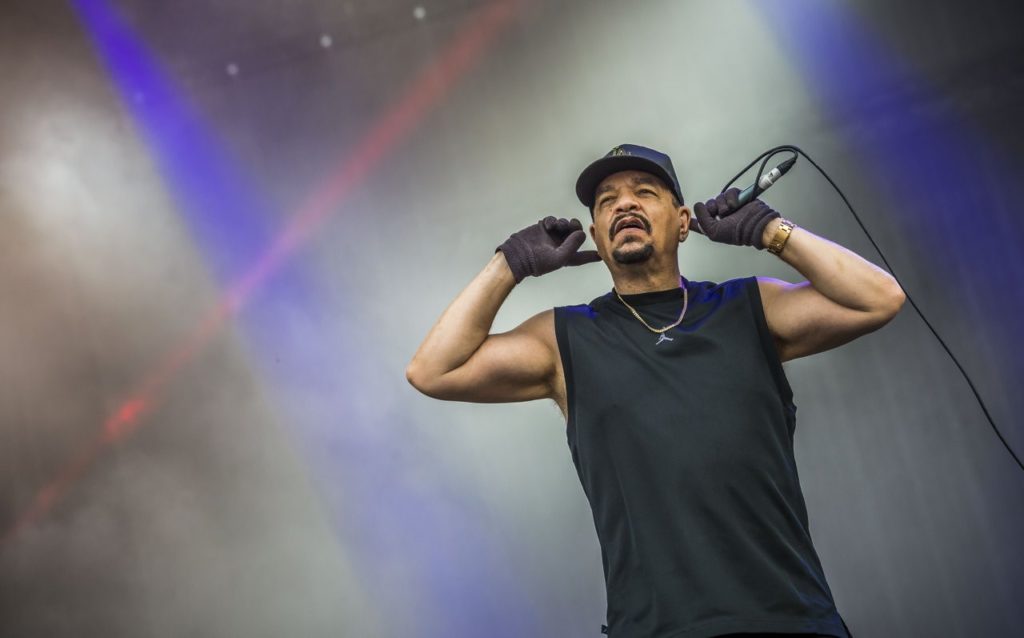 If this works out, do you think you´ll use this concept in the future, like when the real festival comes back and you could do like a streamed mini festival around Christmas?

Exactly! We push the boundaries and there´s no limit. For us it was extremely important that we do this first edition for free. We know a lot of people are in trouble economically and it´s an insecure future. Nobody knows what´s going on next year, but we´re hoping for the best. We will definitely use what we´re learning now.

Are you now planning next year´s Wacken?

Oh yeah! We were planning the 2021 edition before we had to cancel. It´s always overlapping. The booking guys and girls are already talking to managements, labels, other agents two years ahead. There´s a lot of logistics involved and a lot of strategic planning. 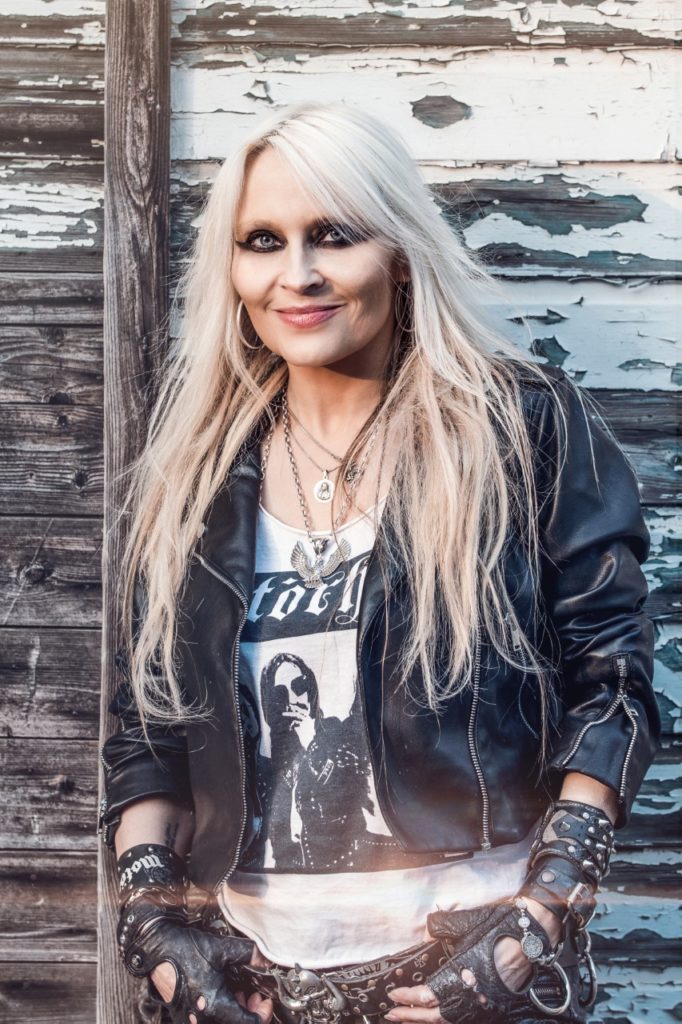 Looking back, what are some of your fondest memories of the festival?

Some of the real funny stuff is not for broadcasting, the dirt as you call it, but for me it´s a mixture. It´s the gathering of people, like a family, every year and there are so many crew members that you know, some of them I´ve known for 30 years. People you met last year and you go “How are you?”, those little stories. There´s Motörhead. Lemmy was like a spiritual guidance for us. And a band like Savatage, which are long time friends of ours.

I´m not doing a lot of work there, it´s more listening to music. The team is doing the artwork and all that and they´re doing a great job. It´s really difficult for record companies to survive these days, but I think we do need them. We need the magazines, good journalism and in times like these you realize that we´re all depending on each other. Sometimes, when it´s going too smooth, you think you can do it all on your own, but you can´t.