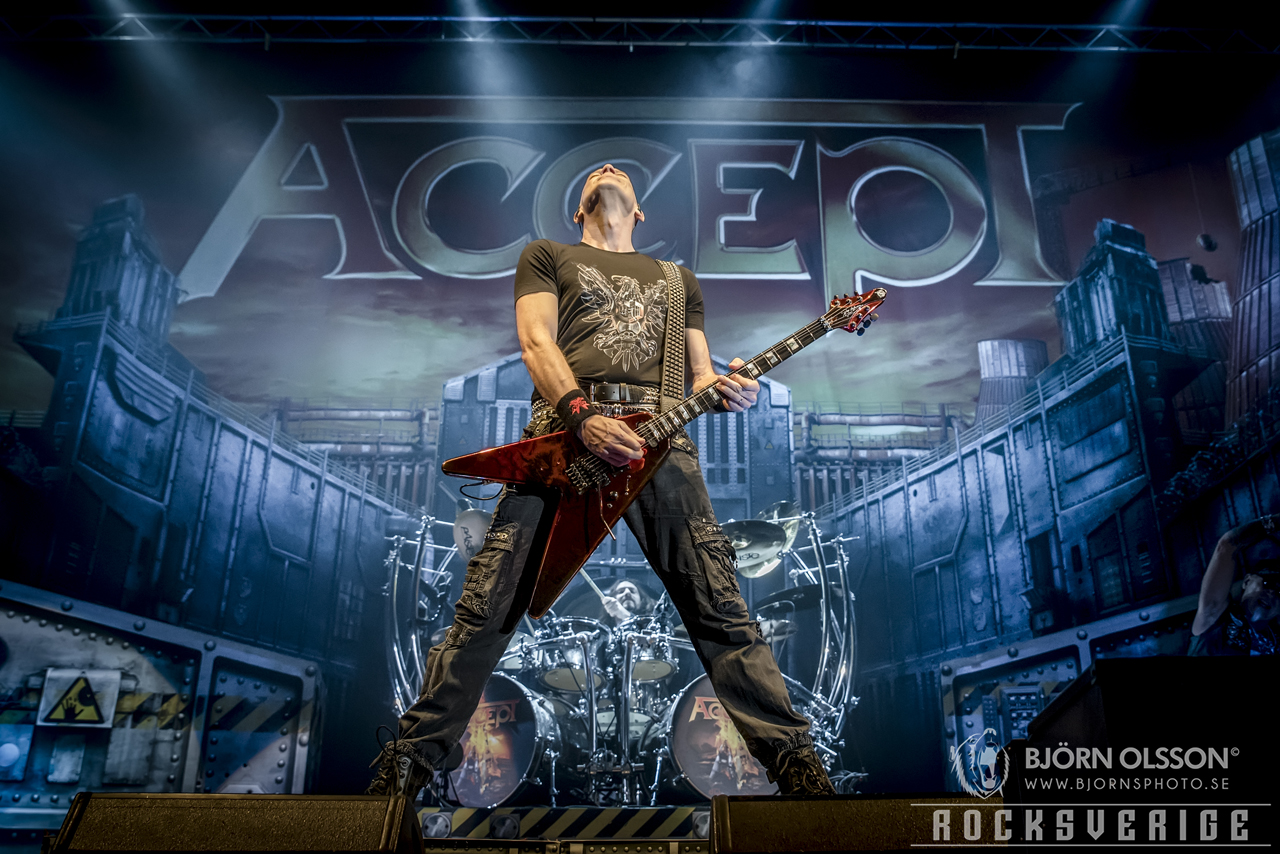 – I enjoy feeling better. I used to drink alcohol and eat meat and these kind of things everybody does and then I was just curious about how I would feel if I didn´t drink alcohol and I have to say, I feel 1000% better. I´m not against it and if it works for you, do it. I don´t have a problem with it, it´s just that it didn´t seem to work for me.

Not much, but of course I have to.

Right, but I was wondering where that comes from? Are you just not a nostalgic person?

No, I really like thinking more about the present and it has just never been a big part of my life. What´s done is done and I move on. It´s almost a bit painful at times. I can´t be bothered, like listening to the old stuff… It means a lot to the fans and I respect that and I try to do my best, but personally I never put on my old records and go “Ain´t that amazing! Ain´t I great?” I never do that and I never learn these songs. Some people expect… just because you´ve done it once it´s like you can still play these songs, but no I can´t. I have to sit there and learn it like it was a foreign song, which is odd. It´s like it´s out of my system, unless I perform it live all the time. Even who was there, who was the producer, where was it recorded, who was the engineer… all this data, I have a hard time recollecting. Sometimes I have to look online, because I can´t remember and it just doesn´t mean that much to me.

Is it like that with your personal life as well?

Kind of and I don´t have a good attention of when it comes to data or events. Sometimes we sit together and people tell me stories and I go “Oh yeah, I remember now!”, but I couldn´t… I just don´t function that way. Maybe my brain isn´t big enough for all that stuff? I mean, I need space for new stuff. It´s weird.

It´s interesting, because most people get those nostalgic feelings about stuff that have happened in the past.

Maybe another reason is that I don´t take all this stuff seriously. It doesn´t mean that much to me. To me it´s just like a little blip and life moves on and I tend to forget about it. I don´t know how to describe it. I take life pretty easy and myself not so seriously and I think it´s something I really need to think about. Then there are always journalists asking and the worst for me is when they want me to rate all my albums and talk about something meaningful about each song. That´s painful for me sometimes.

Since you´re not nostalgic, is now the best time for you?

Yeah and I´ll tell you why. Last night we played Rock Hard Festival in Germany and it was recorded with cameras and they gave me a stick to judge the performance and to say if they could release it and if it was good enough. I watched it and I was kind of in awe, which I never am. I always find something that´s wrong, but I sat there and felt “I guess we´re pretty damn good now.” I was really pleased and there was hardly anything where I felt “We have to work on that.” I mean, there is stuff, but overall I was thinking that “This is probably the best Accept I´ve ever been in.” and I´ve been in all of them.

You always look fit. Do you take care of yourself?

I do because I enjoy feeling better. I used to drink alcohol and eat meat and these kind of things everybody does and then I was just curious about how I would feel if I didn´t drink alcohol and I have to say, I feel 1000% better. I´m not against it and if it works for you, do it. I don´t have a problem with it, it´s just that it didn´t seem to work for me. Same with eating meat. I wondered if I would feel better and I feel better. I´m open to try new stuff. I don´t want to save the world or whatever and I don´t want to preach. Whatever works for you, man! I try to take care of myself and it´s the same with sports. I´m not a fanatic or obsessed with that stuff, but I try to use common sense and I noticed that I feel better if I go to the gym. It doesn´t mean I´m always smart enough to do it.

Have you ever had a life crisis of some sort? Have you ever felt “Damn, I´m getting older and life is just flashing by.”?

Yes, I can see how life moves faster now. The older you get… bud doing things like this, playing at great festivals, having these great moments makes life slow down. To me, the fastest times are when there´s no routine. Like these last two years… I have no idea what happened. I didn´t do jack shit! I can´t tell you what I´ve done, honestly. I somehow survived, but I don´t know what I´ve done. We released an album, but that almost happened before Covid, other than that I don´t know what I´ve done. When I´m constantly on the road touring, there´s always some cool stuff. The more you stay alert and active, the more you can enjoy life.

During the pandemic, did that make you stop and think about life? What you´ve done and what´s in the future? I think a lot of artists were thinking about the possibility of never playing live again.

Absolutely! It made me panic a little bit because this is what I want to do in life and this is why I´m on this earth. I was starting to freak out. “What if it´s never going to go back?” Who knows what´s going to happen? It used to be

a certain amount of certainty about things like “Oh, that will never happen.” but lately… I hardly rule out anything anymore. The war in Europe… All of a sudden it was like “Fuck, we better hurry up with life.” It makes you think. It definitely does. Things you took for granted, you can´t anymore. It changed my perspective and it made me realize even more, live while you can and enjoy life because we´re not here forever and nothing lasts forever.

During this down time and after the album was done, were you musically creative in anyway?

Fuck no! I wanted to be, but since I always thought we´re going to start again some time soon, I didn´t feel the need to because we were going to be on tour soon and we had just made an album, so I didn´t really feel like writing another album and have it just sitting in the can. Honestly, I wasn´t inspired at all. I probably should´ve, but I said “Fuck it! I´m not going to do it.” So now we have nothing to show for… (laughs) I wish I had, but also, I didn´t want to do one of those lame… and a lot of artists have done it, where they rerecord a bunch of songs from their childhood… it´s a kind of lame thing to do and we didn´t want to do that. I thought about it for a second, but then nah… And I didn´t want to do one of those Covid live streams either. Seems like all these things have been done to death by other people. I thought it would be better to wait until we could properly tour again, so we did. I get really inspired when I have to be. When there´s a deadline, that fires me up and when I know we have a tour in January and I know I have to do this and the record label says “We need this in the fall.”, then I get going. But when it´s like an open end, I have to admit it´s like “Nah, not today. I´m not feeling it.” I´m just quite human that way. I´m not the German robot people think I am.

What do you see in the future now, when things seem to kind of be back to normal?

Now that I know we have another tour and there´s demand and we need to make another album, now I´m getting into motion and all my gears are turning. But a year ago, not so much. I´m just glad we´re here and can enjoy this, because there was a time when I thought it might never happen.